Pennywise is back for IT: Chapter 2. The horror sequel sees the kids from the Losers Club reunite, and face down the sinister clown who nearly killed them decades earlier. Given that the source material is over a thousand pages, however, some fans are curious about the film’s runtime. How long is IT: Chapter 2?

IT: Chapter 2 is 169 minutes long, or 2 hours and 49 minutes. The epic length of the film is sure to satisfy hardcore fans, but some may be surprised to learn that director Andy Muschietti originally had a 4 hour cut in mind. “A movie is very different when you’re writing the script and you’re building a story compared to what the final product is,” he told Digital Spy.

“An unforgettable movie event.” #ITEnds this Thursday. Get tickets at the link in bio. #ITMovie

“At the beginning, when you’re writing and building the beats of the story, everything that you put in there seems very essential to the story,” Muschietti continued. “However, when you have the movie finally edited and it’s 4 hours long, you realize that some of the events and some of the beats can be easily lifted but the essence of the story remains intact. You cannot deliver a 4-hour movie because people will start to feel uncomfortable – no matter what they see – but we ended up having a movie that is [around] 2 hours and 45 minutes, and the pacing is very good.”

The director went on to say that he’s pleased with the runtime he arrived at. “Nobody who’s seen the movie has had any complaint,” he remarked. That said, fans who are eager to see what got left on the cutting room floor needn’t worry. Barbara Muschietti, the film’s producer, has said that they will put together a director’s cut for the Blu-Ray release.

Witness the final chapter this Thursday. Get tickets at the link in bio. #ITMovie

“We will put out a director’s cut because this time it definitely merits it,” she revealed. “We have some amazing scenes that didn’t make it into the movie. You have to make choices sometimes and some things cannot be in this theatrical release but are definitely worthy of people seeing them at a later date.”

Muschietti talked to The Playlist about releasing a “supercut” of IT: Chapters 1 and 2. The supercut would reportedly have a runtime of 6 and a half hours, and include previously unseen footage. “We’re in early talks with the studio to do it, but my big fantasy is to cut the two movies together and add all of the scenes that were lifted for length purposes in the release,” the director teased.

He also said that he’d like to shoot additional scenes that he wasn’t able to get to the first time around. “So [I’d like to] make a big experience of IT and also shoot a couple of extra scenes that I’d like to see in this bigger experience,” he explained. “In the age of binging where people just watch series for like 7-8 hours, and they barely notice that they’ve been spending all that time, this is nothing.” There are rumors that the “supercut” will be released on the Warner Brothers streaming platform HBO Max, but there has been no official confirmation. 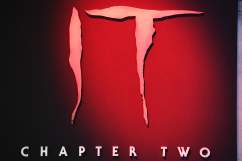