Getty Iggy Azalea poses in the press room during the iHeartRadio Music Festival.

For the past few months, there were rumors that Iggy Azalea welcomed a child with her boyfriend, fellow rapper Playboi Carti. On June 10, the Australia native confirmed that she is a mother and gave birth to a baby boy.

“I have a son,” she wrote in a post on her Instagram story. “I kept waiting for the right time to say something but it feels like the more time passes the more I realize I’m always going to feel anxious to share news that giant with the world.”

The “Fancy” rapper made it clear that even though she is sharing this with her fans, her son’s life will not be lived in the spotlight.

“I want to keep his life private but wanted to make it clear he is not a secret & I love him beyond words.” 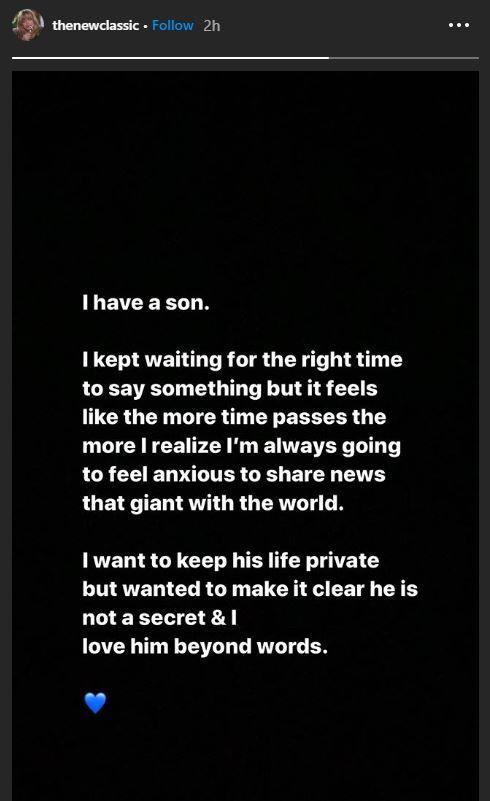 The “Black Widow” rapper didn’t reveal his name or when exactly her son was born. Her last post shows her celebrating her 30th birthday, which was on June 7.

Pregnancy rumors began swirling in December 2019 and she responded by posting a photo of her in a red bikini to shut down speculation.

Azalea & Carti Have Been Dating Since 2018

Azalea and Carti began dating in 2018 after meeting overseas while Azalea was touring, according to Fader. In the summer of 2019, the “Magnolia” rapper shared that he had moved in with Azalea in December 2018, just a few months after they had begun dating.

“Once I started talking to her, I just cut off everybody. It was over with,” the Atlanta native said.

There is also a significant age gap between the lovebirds. Azalea is 30 while Carti is 23.

Azalea & Carti Are Rumored to Be Engaged

Rumors began sparking on the internet last year that the lovebirds were engaged after Azalea posted a now-deleted photo on Instagram, which you can see below, showing off a massive ring. Her fans began to question if she would soon be a bride in the comments but Azalea remained tightlipped.

“Playboi put a ring on it? Or are you spoiling yourself?” one fan asked under the photo. 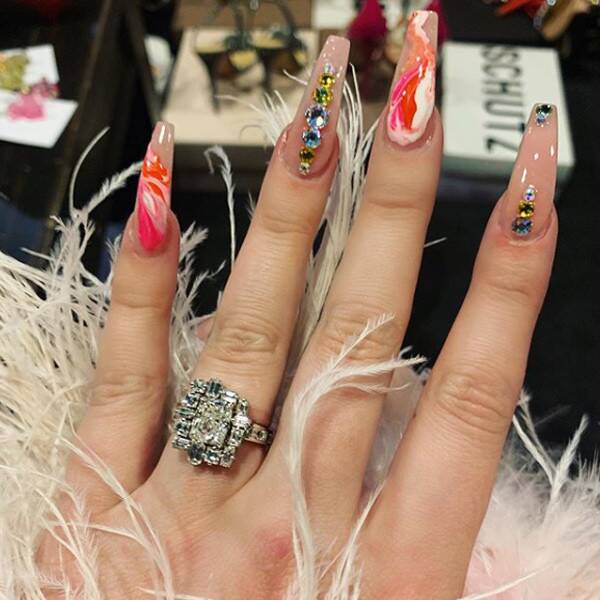 During an appearance on the U.K. show The X Change Rate in July of last year, she showed off the huge rock on her left ring finger when she confirmed that she was off the market.

“No, I’m not. I’m not,” she said when asked if she was single but she didn’t directly say that she was engaged.

READ NEXT: Ne-Yo and Wife Crystal Smith Are Working on Their Marriage After Filing for Divorce