Jesse Palmer revealed he never spoke to Chris Harrison about his role as the new host of “The Bachelor.”

The former franchise star was hired to replace the longtime ABC host after Harrison announced his exit from “The Bachelor” in June 2021 after nearly 20 years. Harrison’s departure came four months after he was slammed for a controversial interview he did with former “Bachelorette” Rachel Lindsay during which he defended a contestant’s past racist behavior.

In a new interview, Palmer revealed why he felt it best not to consult with Harrison before taking the job as his replacement. 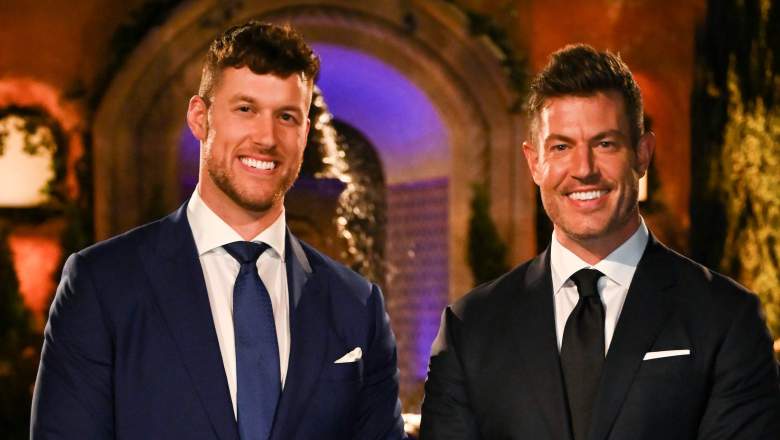 Palmer’s hosting style has already been compared to Harrison’s, right down to his “dramatic” phrasing and hand gestures. But it wasn’t due to off-camera coaching. In an interview with Us Weekly, Palmer explained that he wanted to do “The Bachelor’ his own way, so he didn’t reach out to the OG host at all.

“I didn’t talk to him,” Palmer said of Harrison. “Part of that was me wanting to just really sort of do this and figure this out kind of my way, on my own.”

Palmer revealed that instead of consulting with Harrison, the “biggest pressure” he felt was trying to help incoming leading man Clayton Echard find love.

“That’s the host’s big job at the end of all,” he explained. “And so the biggest pressure for me was just being there in the most truthful, sincere and best way to help Clayton get what he is looking for.”

Palmer added that he wanted to be “authentic” as the host of the ABC dating show and considered himself “as essentially a servant to Clayton.” The former football player also admitted that he would “absolutely be open” to having conversations about hosting other franchise shows, including ‘Bachelor in Paradise.” 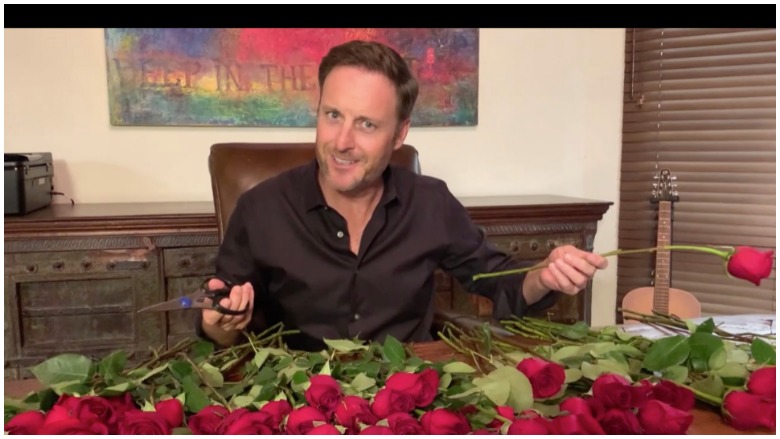 ABCChris Harrison of “The Bachelor.”

Before Palmer replaced Harrison as host of “The Bachelor,” former “Bachelorette” stars Kaitlyn Bristowe and Tayshia Adams served as dual hosts for two seasons of “The Bachelorette,” while Wells Adams stepped in to help host “Bachelor in Paradise” last summer.

Bristowe found herself on the defense when fans of the franchise accused her and Tayshia Adams of fueling “cancel culture” by agreeing to replace Harrison. “Truthfully we are there to support the new Bachelorette. We aren’t ‘replacing’ anyone!!!” Bristowe wrote on social media last year,  per E! News.

And while Wells Adams told Entertainment Tonight, “Those are really large shoes to fill” when talking about Harrison, he also admitted that he would have gladly taken his spot as permanent host. “I wanted that job, come on,” he told Us Weekly after Palmer was announced as the replacement host.

But Harrison was said to have felt betrayed by the stars that he once mentored. An insider told OK magazine that Harrison felt “blindsided and betrayed” by people involved with “The Bachelor” franchise because he felt his controversy “would blow over, and he’d be welcomed back.”

The source added that Harrison felt that it was “tacky of other stars to be gunning for his job so soon.”

Loading more stories
wpDiscuz
0
0
Would love your thoughts, please comment.x
()
x
| Reply
The new 'Bachelor' host did not speak to the show's original rose master before taking over his job.