Getty A chef dispenses meringue during the Las Vegas Food & Wine Festival at the SLS Las Vegas Hotel on September 17, 2016.

Today is the day we celebrate this delicious dessert that pleases both pie lovers and lemon lovers.

Here’s a look at the holiday and Lemon Meringue Pies.

1. The History for the Holiday Is Unknown, but Mentions of It Date Back to 2006

Unfortunately, National Lemon Meringue Pie Day is another one of the many food holidays without a specific origin. National Day Calendar couldn’t find the creator of the holiday.

However, it’s clear that the holiday has been around on the web for over a decade. A Hungry Girl post from 2006 mentions the holiday, although it doesn’t mention an origin. 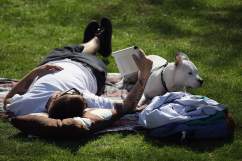 2. Elizabeth Goodfellow of Philadelphia Is Credited With Creating the Prototype Lemon Meringue Pie

Elizabeth Goodfellow, who lived from 1768 to 1851, is credited with creating the lemon pie that was a prototype of the lemon meringue pie. During the first half of the 19th century, she ran a famous bakery in Philadelphia. Among her most famous creations was her lemon pie, but she also made coconut pies, Spanish buns and Jumples.

Although some credit Goodfellow with creating the lemon meringue pie in 1806, Researching Food History found that it’s unlikely. That site found no evidence to prove that claim, since she used whole eggs. However, he lemon pie recipe was popular and appeared in several cook books.

Researching Food History’s Patricia Bixler Reber wrote that lemon meringue pies were made with egg yolks for the custard filling, then the whites were used to beaten stiff with the sugar and put on the baked pie. “Mrs. Goodfellow used whole eggs for her filling, thus had no egg whites, so she would have to separate even more eggs for the whites, then make custards, then… It is more likely that another baker using egg yolks for the filling first combined the two for the famous pie,” Reber wrote.

Reber also noted that there is evidence of meringue used by other cooks for puddings and pies. 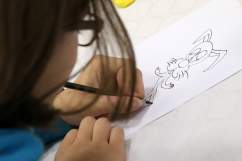 3. California Is the Top State Producer of Lemons in the U.S.

The 2015-2016 USDA report showed that production of lemons dropped 13 percent in Arizona, while production stayed nearly the same in California.

The California citrus industry is not happy with the federal government, which lifted a ban on Argentine lemons in May, The Associated Press reported. President Barack Obama said he was lifting the ban in December, by President Donald Trump said he would review the issue.

“We disagreed with the Obama administration, but this rule now belongs to the Trump administration and it flies in the face of the administration’s priorities, which are to protect domestic agriculture, U.S. businesses and U.S. jobs,” Joel Nelsen, president of the California Citrus Mutual, told the AP. California citrus producers argued in favor of the ban because they say Argentine lemons carry diseases.

Over 90 percent of all lemons grown in the U.S. are grown in California and they already had to compete with Chilean and Mexican imports. 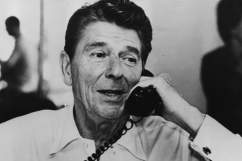 4. The Swiss City of Meiringen Claims to Be Where Meringue Was Invented

The other key ingredient of a lemon meringue pie is the meringue. The Swiss city Meiringen claims the dessert was named after the city. An Italian baker Gasparini named it after the city because it’s where he invented it at the end of the 17th Century or the beginning of the 18th Century.

However, the Oxford English Dictionary says the word “Meringue” is French and of “unknown origin.” In addition, a 1692 French cookbook lists the meringue recipe under that name. When that book was published in English in 1706, the word entered English.

Meringue is made from whipped egg whites and sugar. You can certainly have it as a dessert without having it on top of lemon pie. You can find an easy recipe right here. 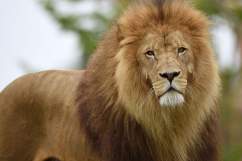 5. You Don’t Need an Upper Crust for Lemon Meringue Pie

One attribute that makes lemon meringue pie easier to make at home than other pies is that it doesn’t need an upper crust, like cherry pies and others. You can also make the pie crust yourself, or buy pie crusts at grocery stores. 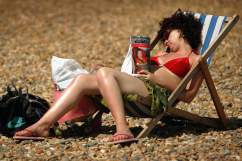