Nate Clark , an LA comedian, posted this video on to his YouTube channel telling the delightful story of diva-bro Joey Graceffa parking his blue Prius in front of his driveway and subsequently having the famous YouTuber’s car towed.

Nate initially had no idea. He posted some of Joey’s info online after seeing his tax return in the Prius’ front seat and learned that Joey was no ordinary joe blow, but rather a YouTuber with 2 MILLION subscribers.

Nate was urged by his amigos to throw a video together making fun of Joey, and Nate almost didn’t, till he found that Joey had talked some trash of his own, including calling him a “slut” and suggesting that he barely blocked the driveway, which Nate shows he clearly did.

The beautiful part of the video is that Nate really says nothing explicitly mean, but there are plenty of poetically snarky remarks throughout including:

“My friends on facebook started watching your videos and they were amazed… at how many hits you have.”

“BTW congrats on making $200,000 from YouTube last year. I don’t know who’s watching your videos, Joey, but there sure are a lot of them.”

“Anyway, I could go on talking for another five minutes talking about nothing, but who wants to listen to that?” 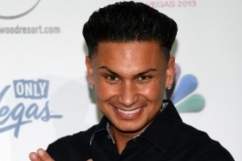 Read More
Funny Videos, Youtube
"My friends on facebook started watching your videos and they were amazed at how many hits you have."