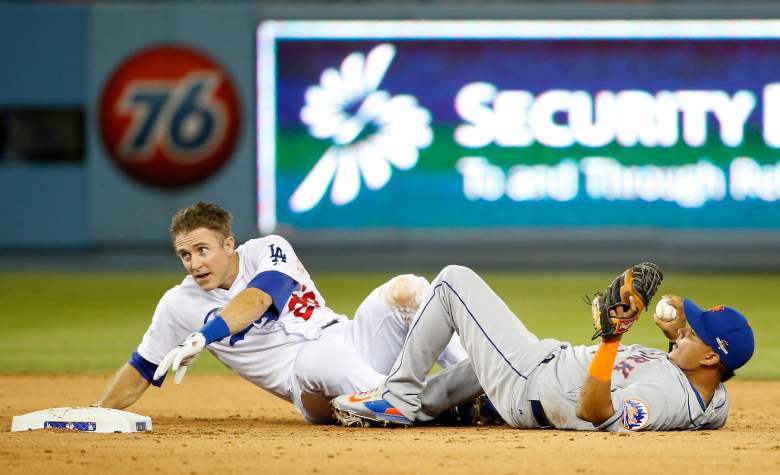 LA Dodgers Chase Utley will be suspended for Game 3 & 4 of the NLDS after his controversial slide on Saturday night. (Getty)

After nearly 24 hours of outcry and calls for his metaphorical head, Chase Utley has been suspended by the MLB for the next two games of the NLDS.

You can read the full press release right here:

BREAKING: Chase Utley suspended for Games 3 & 4 of the NLDS for his takeout slide that broke Rubén Tejada's leg pic.twitter.com/Groi0801zA

Of course, Utley is being suspended for his actions on Saturday night when, what is now being deemed, an “illegal” takeout slide resulted in the fractured fibula of Mets infielder Ruben Tejada.

It’s not yet known if Utley will appeal the ruling. He would be eligible to play until the appeals process reaches completion. Utley said after Game 2 that he “had no intent of hurting (Tejada) whatsoever.”

This is no the first time Utley has come under fire for his slide-tactics. He also took out Tejada with an aggressive slide in 2010 while playing with the Philadelphia Phillies.

If you are so inclined, you can watch the play from Game 2 (which the Dodgers went on to win) right here. But, be warned. It’s not good to look at: 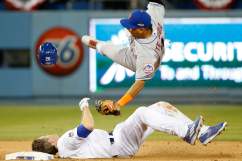