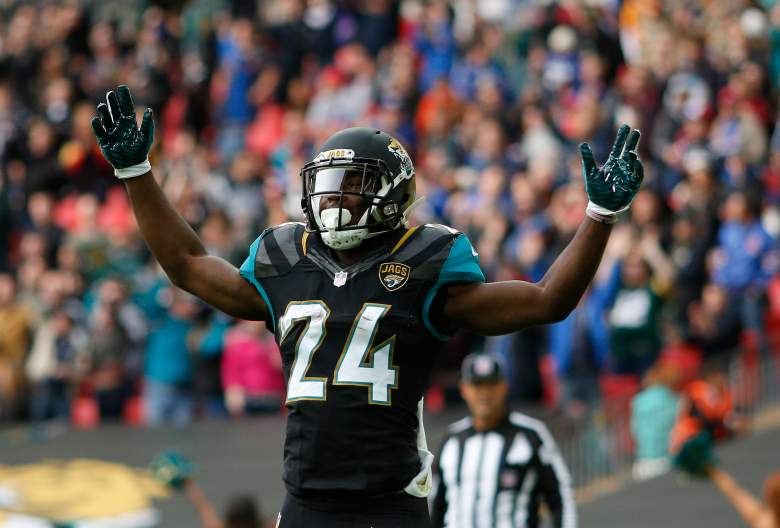 TJ Yeldon and the Jacksonville Jaguars look to make moves in the AFC South standings this Sunday, but what do the odds say? (Getty)

The Jacksonville Jaguars have something to play for in November. It’s not a position the squad is particularly used to, but it’s one they’re already relishing.

The Jaguars (2-5) are coming off a bye week and is just a game behind AFC South division leaders Indianapolis and Houston. In other words, a win here and Jacksonville is looking at a first place tie. That’s right. Welcome to 2015 in the AFC South.

Of course, nothing is guaranteed in the NFL world and Jacksonville won’t get an easy pass to first place with Sunday afternoon’s matchup against the New York Jets. Gang Green comes into the game at MetLife Stadium as a 7-point favorite at sportsbooks monitored by OddsShark.com.

That’s a pretty confident line for a New York Jets team that is facing its own batch of problems. The Jets failed to cover the -3 spread in Week 8 with a disastrous 34-20 loss to the Oakland Raiders last Sunday and, historically, haven’t performed well after a performance like that. In fact, in their last 12 games after a SU loss as favorites, New York is just 1-11 ATS.

Add into the mix that Ryan Fitzpatrick is playing with a torn ligament in his left thumb, Brandon Marshall is battling ankle and toe problems and Eric Decker consistently questionable, the Jets injury issues might be too big to overcome today.

Still, there are plenty of reasons to depend on the Jets. According to OddsShark, New York is 7-2-1 ATS in its last 10 games and 5-1 ATS in its last six games at home. The Jets don’t have a good trend against the Jaguars, however, going 1-4 ATS in their last five games against Jacksonville at home.