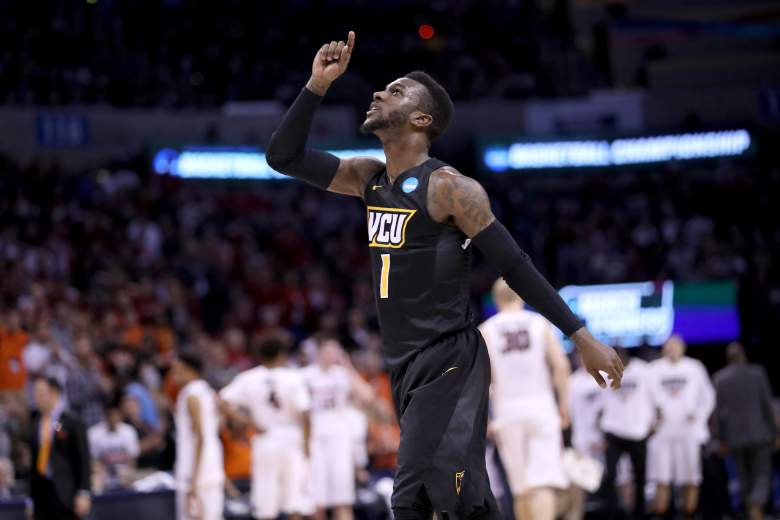 VCU is hoping to shut down Buddy Hield and notch a spot in the Sweet 16 on Sunday. (Getty)

It took a little while, but Oklahoma settled into its opening round tilt against Cal State Bakersfield on Friday. Then the Sooners rolled. And kept rolling. To a 82-62 victory.

VCU, on the flip side, surprised some people.

The Rams held Oregon State to just 28 points in the first half of their opening round tilt, en route to a 75-67 upset victory.

That’s set up a pretty darn interesting Round of 32 matchup on Saturday.

Read on for a complete breakdown of the game, including live stream options and a look at the odds coming into the hardwood battle.

Game Preview: What else can we possibly say about Buddy Hield?

He’s really, absurdly good at playing basketball. He makes his entire team better. We still don’t caret that the halfcourt shot in the Big 12 tournament didn’t count. We will be forever impressed by it.

Hield was back at it again on Friday, leading a somewhat sluggish Sooners squad to an opening round victory.

The senior finished with a game-high 27 points, including a 3-pointer with 2:27 left to put OU up by double-digits and, more or less, cement the victory.

Now, of course, it can’t all be about Hield. Even against a team like VCU, a one-man squad is going to be relatively easy to shut down.

But if Hield can get some help – not a ton, just some – he and the Sooners could, very easily, roll to another victory.

Read More
Basketball, College Basketball, March Madness 2016, NCAA, NCAA Tournament
Oklahoma is looking to secure a berth to the Sweet 16, but first the Sooners have to get past VCU. Here's the breakdown of the game.