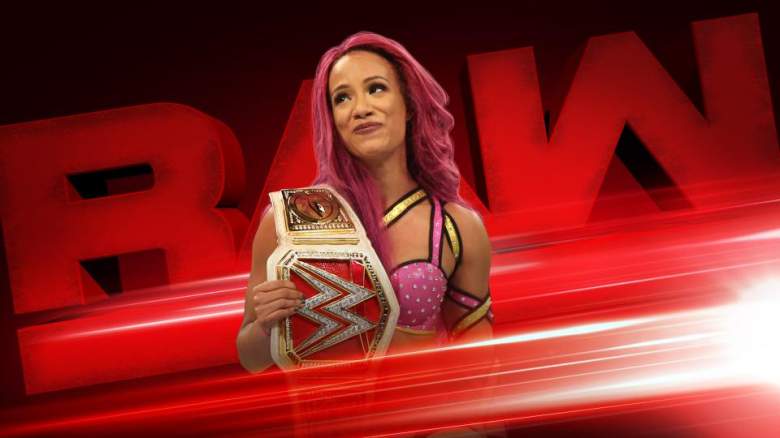 Many WWE fans have complained that there are not enough female superstars on the Monday Night Raw brand, and Sasha Banks herself agrees with that assessment.

The Boss recently made an appearance on Sam Roberts’ Wrestling Podcast (via Reddit), during which she said that although she’s glad the women were split up between Raw and SmackDown so they could have more opportunities, the Raw women’s division needs more talent.

“I think it’s good that we’re split and more opportunities can happen for women, but we really don’t have enough women,” she said. “Like, I wrestle the same people every single week, Dana Brooke or Charlotte, Charlotte, Dana Brooke. There [are] only six of us and I think that’s the hardest part, just we need more faces on Raw.”

Banks went on to say that she thinks a feud between her and Bayley will happen “in due time,” but other than that, she would love to have a feud with basically everyone on SmackDown, particularly Natalya. She also named Naomi, Carmella, and Alexa Bliss as women she wants to perform against, expressing frustration over the fact that this can’t happen since those women are on SmackDown.

Sasha Banks has a point, and the Raw women’s division has been the subject of complaints among wrestling fans. At the moment, there are only six female wrestlers in the Raw women’s division: Bayley, Charlotte, Dana Brooke, Alicia Fox, Nia Jax and Sasha Banks. Soon the show will also have Emma, who is returning from an injury. There’s also Summer Rae, but she’s inactive due to a neck injury and her return date is not known. Finally, there’s Paige, but she recently underwent extensive neck surgery and is not expected to be back until spring of 2017 at the earliest.

Since the WWE brand split, the focus of the Raw women’s division has been the feud between Sasha Banks and Charlotte, which has now turned into a situation where each of them holds onto the belt for a short period of time before losing it once again. But other feuds have failed to connect, such as one between Bayley and Dana Brooke which brought us an embarrassing arm wrestling match that was booed by the audience, followed by an instantly forgettable match between the two at Hell in a Cell.

This might be a complaint Sasha Banks could take to Vince McMahon, but she also revealed in this appearance on the podcast that she’s afraid of McMahon and feels intimidated talking to him.

“I don’t really get to talk to him too often because I am honestly very scared of him,” Banks said. “I am honestly really scared of him. But when he walks by, I try to be cool. Yeah, ‘hello, how are you, sir?’ He’s like, ‘hello, yeah.’ I’m like, ‘we’re good, right?’”