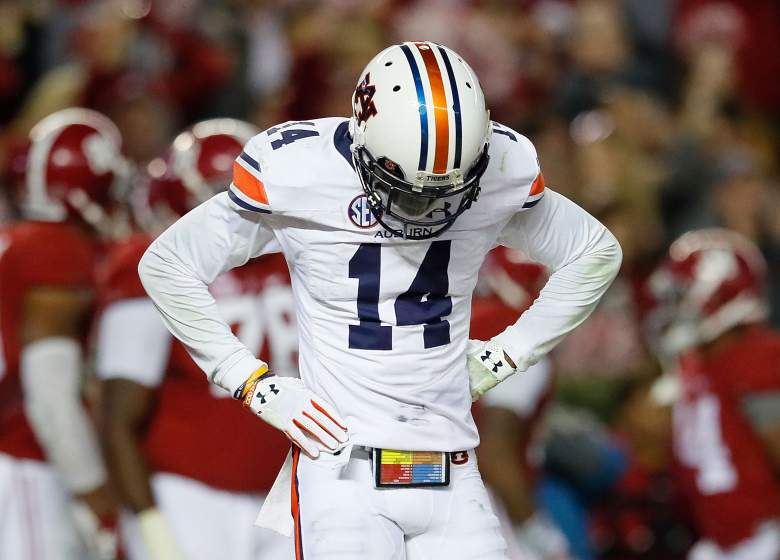 Auburn enters the Sugar Bowl as a slight underdog. (Getty)

Oklahoma takes on Auburn in a highly anticipated Sugar Bowl matchup. According to OddsShark, Oklahoma is a 1.5 point favorite entering tonight’s game.

The over-under is set at 67 points. Auburn has performed great this season from a Vegas perspective. Auburn went 9-3 against the spread while Oklahoma is just 6-6.

SB Nation’s S&P+ weighted projections differ and favor Oklahoma. The projections have Oklahoma pulling out a 35.0-27.5 victory over Auburn. There is a lot to like about Oklahoma in this contest. Auburn has lost two of their last three games while Oklahoma has won nine straight games.

The Sooners lost two of their first three games but have emerged as one of the hottest teams in college football. Baker Mayfield is one of the best quarterbacks in the Big 12. Mayfield threw for 3,669 passing yards, 38 touchdowns and 8 interceptions this season.

A big reason for the success of the Sooners offense has been wide receiver Dede Westbrook. Westbrook had 74 receptions for 1,465 yards and 16 touchdowns.

While Auburn has had a nice season, the inconsistency at quarterback combined with the talent level of Oklahoma has Heavy bullish on Oklahoma being victorious in New Orleans.