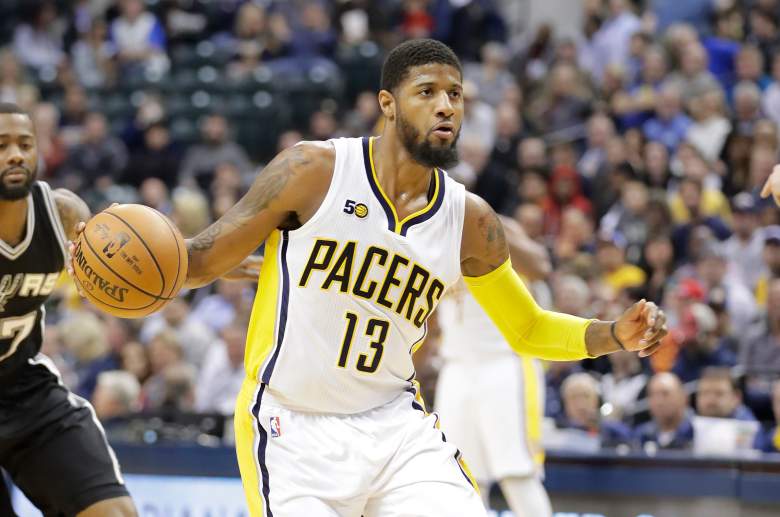 Paul George’s name has been in plenty of trade rumors making his salary intriguing news. According to Spotrac, George makes $18,314,532 this season.

The challenge for teams looking to acquire George is he has a player option after the 2017-18 season. He is set to make $19,508,958 next season. A team looking to acquire George has no guarantee he will not opt out after the 2017-18 season. They risk giving up talent and draft picks for a player that could potentially only play on their team for a year and a half.

The Vertical’s Adrian Wojnarowski reported the teams are discussing the Nets 2017 pick that the Celtics have the right to this summer. Boston has been reluctant to part with young talent and the Nets pick to acquire a player like George or Jimmy Butler.

The USA Today reported George has interest in joining the Lakers in 2018 free agency. George grew up in Southern California.

Read More
Basketball, NBA, Paul George
There are no shortage of trade rumors centered around Paul George. Here is a look at his salary and the contract a team would inherit if they acquire George.