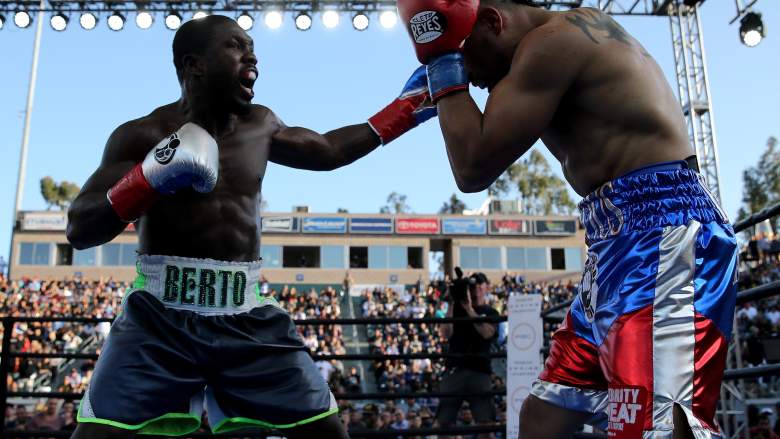 The focus of the boxing world turns towards Barclays Center in Brooklyn, where former world champions Andre Berto and Shawn Porter will battle in a 147-pound title eliminator on Saturday night.

“In a welterweight division that is filled with talent and marquee matchups, Berto versus Porter is another elimination bout on the road to crowning the king of the division,” said promoter Lou DiBella, “Berto and Porter are two established, offensive-minded professionals who understand the significance of this showdown. I expect fireworks on April 22 when one of them stakes claim to an even bigger opportunity.”

Though he’s coming off a unanimous decision defeat at the hands of Keith Thurman, “Showtime” Porter (26-2-1, 16 KOs) is regarded as a significant favorite. But Berto, who knocked out Victor Ortiz in impressive fashion in his last fight, has the power to instantly prove the oddsmakers wrong.

Throw in a title fight between Jermell Charlo and Charles Hatley, as well as Amanda Serrano going for a record fifth world title, and it’s going to be an entertaining night in New York.

Read More
Boxing
Former world champions Andre Berto and Shawn Porter battle in a title eliminator at Barclays. Here's everything you need to know about the card and schedule.