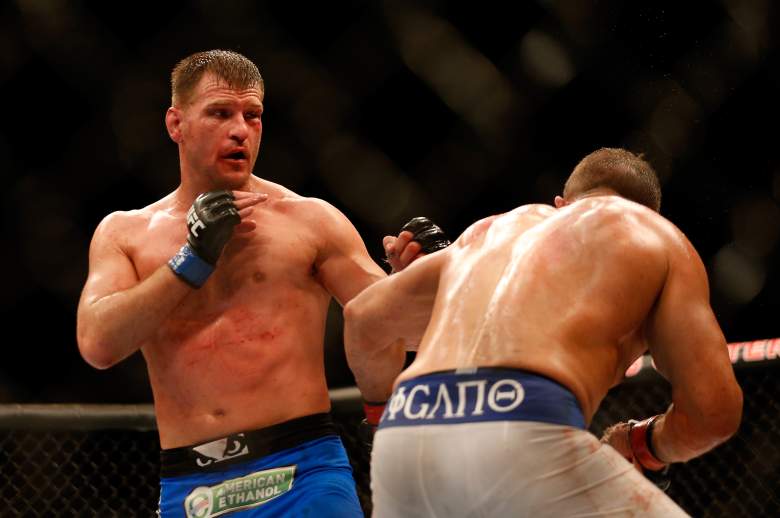 The UFC 211 stage is set in Dallas, Texas, with UFC Heavyweight Champion Stipe Miocic laying his title on the line against Junior Dos Santos in the main event. Miocic, on a four-fight win streak, is seeking to avenge his December 2014 decision loss to Dos Santos, his only loss in nearly five years. The former champion Dos Santos, meanwhile, looks to reclaim the UFC title he last held in 2013.

Current odds at Oddsshark have Miocic as a (-245) favorite, with “Cigano” at a (+175) payout, should he win. This heavyweight slugfest is just the capstone of an impressive UFC 211 fight card.

The UFC Women’s Strawweight Champion, Joanna Jedrzejczyk, defends her title against the No. 3 ranked fighter Jessica Andrade in the co-main event. Jedrzejczyk, currently (-245), is on a tear, with a perfect 13-0 professional record, including four previous title defenses after taking the belt from inaugural strawweight champ Carla Esparza in March 2015. Andrade, (+160), on the other hand, will step into the Octagon on a three-fight win streak, having last lost to Raquel Pennington in March 2015. Unlike the typical build-up for the champ, known for speaking her mind, she’s facing a friend and former training partner in Andrade.

“This has been a very unusual fight for Joanna. We’ll see how that plays out during the fight, but in the end, it’s mostly about that — we just have a lot of respect for each other and whoever’s the best that night is going to win,” Andrade told the media Thursday at UFC 211 open workouts.

Not to be overlooked is a match between two Top 5 welterweight contenders, with No. 3-ranked Demian Maia, (-210), taking on No. 5-ranked Jorge Masvidal, (+145). This bout, sure to be a factor in the welterweight rankings and title picture, could turn out to be a classic striker-vs.-grappler match-up, with Brazilian Jiu Jitsu legend Maia sure to take things to the ground against a prolific puncher like Masvidal. Maia is riding a six-fight win streak, most recently victorious over perennial contender Carlos Condit in August 2016. Masvidal heads into Dallas on the strength of three straight wins, including a January 2017 TKO of Donald “Cowboy” Cerrone.

Another bout with potential title implications is the contest between No. 2-ranked featherweight Frankie “The Answer” Edgar and No. 7-ranked Yair “El Pantera” Rodriguez. Edgar, (-248), has been victorious in six of his last seven fights, while Rodriguez, (+192), is undefeated with a perfect 11-0 record, including wins over B.J. Penn and Alex Caceres.

Rounding out the main card is a fight between ninth-ranked Polish middleweight Krzysztof Jotko and American David Branch. Jotko, (-167), is 19-1 professionally and will enter the Octagon with the momentum of a five-fight win streak, most recently winning a performance of the night bonus in a win over former title contender Thales Leites. Branch makes his return to the UFC after a six-year drought, having last fought in the Octagon in March 2011 submission loss to Rousimar Palhares. But don’t think he’s been sitting on the sidelines; According to Sherdog, Branch’s return comes heralded by a 10-fight win streak in the World Series of Fighting, including a win over former contender Yushin Okami. 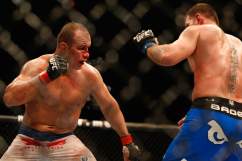