If you’re ready for the season 5 premiere of Blue Bloods, check out all the spoilers we could find, gathered below:

As Danny and Baez escort confiscated drugs to a remote location for incineration, their convoy is attacked and Baez is seriously injured, leaving Danny to track down the drug cartel responsible. Meanwhile, Frank must carefully navigate personal and political waters when an exemplary lieutenant’s actions cause controversy for the NYPD.

Danny and Baez get involved in a serious drug-bust related dilemma. As shared by KSite TV, the two cops take charge of transferring confiscated illegal drugs to a remote location. The purpose for bringing the goods there was to incinerate them, so they would no longer be accessible to anyone. However, along the way, a group of armed men ambushes them. Baez is seriously hurt in the confrontation. Thus, Danny is left on his own to find out the drug cartel behind the attack and put them to justice.

– You can watch the episode via live stream by clicking here.

– On the first episode of the new season, Hallels reports:

Frank is caught in his own messy situation. Embroiled in serious work politics-related issues, he focuses on uncovering the reasons behind the controversial actions of a lieutenant who suddenly behaved out of character. In the process he deals with personal and corporate politics, which could get even more messed up if he does not proceed carefully.

– Hallel writes about the recurring appearances for the season:

As for new and recurring appearances, Holt McCallany will be around for the new season as Robert McCoy. He portrays a lawyer in the series, and he might also be a potential love interest for Erin Reagan. It is said that he will be the new district attorney in the fifth season. Bill Irwin will also be back in the new season as Cardinal Brennan.

– Episode 2 of Blue Bloods Season 5 has been titled “Forgive and Forget”. 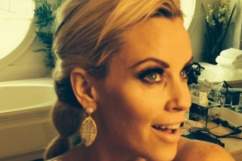 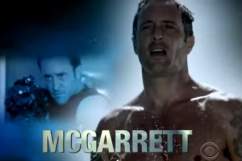