A second trailer for Spider-Man: Homecoming was released by Sony on March 28, just hours after it was played at CinemaCon in Las Vegas.

The new trailer heavily features the Vulture, a villain played by Michael Keaton. It also has plenty of links to the Marvel Cinematic Universe, including a neat little cameo from Chris Evans as Captain America. 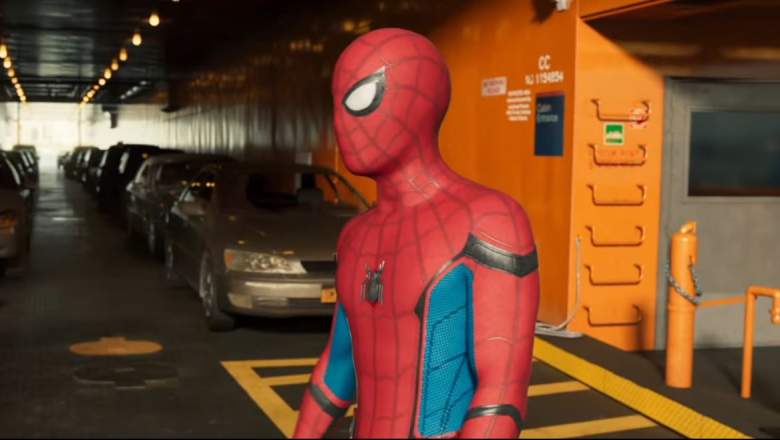 Tom Holland made his debut as Peter Parker, a.k.a. Your Friendly Neighborhood Spider-Man, in Captain America: Civil War after Sony and Disney’s Marvel struck a deal to bring him swinging into the Marvel Cinematic Universe. This means Homecoming is part of that world too, which is why Tony Stark (Robert Downey Jr.) is featured prominently in the trailer. He’s acting as a mentor for the young Spidey and thinks he should let the other Marvel heroes handle the evil Vulture.

Of course, the Web-Head isn’t going to do that, especially because the Vulture’s tech keeps putting people’s lives in danger. The Vulture tries to convince Peter that billionaires like Tony do not care about people like them. The trailer shows us that Spidey tries and fails to fight the Vulture at first, and needs Tony’s help to get out of the mess. Tony takes his high-tech Spidey suit back, forcing Peter to fight in a home-made costume.

Also, the trailers have proven that Jacob Batalon has a scene-stealing role as Ned Leeds, Peter’s best friend. In the second trailer, he even gets to wear the Spidey costume himself!

As for the blink-and-you’ll-miss-it Cap cameo, it comes when Peter is stuck watching a video in class.

The Cast of ‘Spider-Man: Homecoming’