Jax Taylor opened up about his exit from “Vanderpump Rules” and the shocking toll the show took on his mental health. In a new interview on Lala Kent and Randall Emmett’s  “Give Them Lala…With Randall” podcast, the former SUR bartender revealed he is in a much better place after exiting the Bravo reality show he starred in for eight seasons.

Jax explained that he knew it was “time to move on” when he and his wife Brittany Cartwright announced their exit from “Vanderpump Rules” last December.

On the podcast, Brittany said “For Jax personally, it wasn’t good” to remain on the show. “It wasn’t going to be good for our relationship either,” she added.

Jax agreed, saying, “I don’t think it was healthy anymore. Last season, I had to call [Brittany] a few times because I was going to drive my car into oncoming traffic.”

Jax revealed that he experienced dark thoughts during his final three seasons on “Vanderpump Rules.” 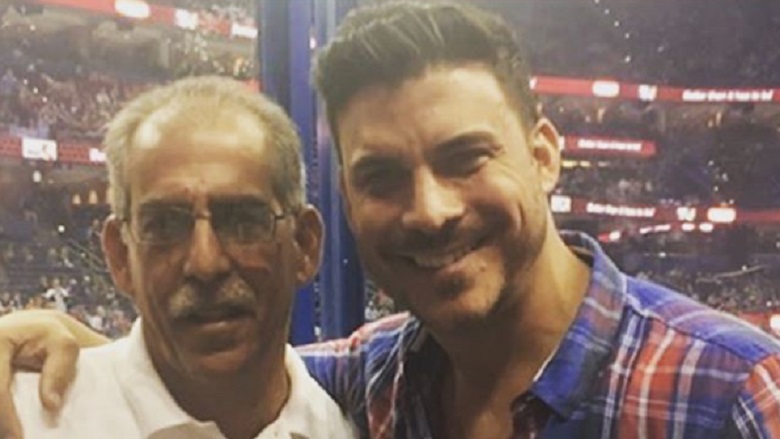 This is not the first time Jax has admitted  that he was in a bad place while on “Vanderpump Rules.” In 2018, he opened up to Men’s Health about the dark period in his life that was spawned when his father, Ronald Cauchi, passed away from cancer. Jax has said that his father was his best friend and he felt lost without him.

The reality star revealed that when his mother called him with the sad news about his father, he was in his car and he “collapsed.”

“I didn’t know how to deal,” he said. “I was on the way to see him the next day. I fell on the ground in the middle of the highway. I threw my phone on the highway. I was convulsing and everything. I was freaking out. I didn’t know what to do. My life flashed. My best friend died.”

Jax said the downward spiral continued as he grieved his father.

“I was in a deep rut,”  he told the magazine. “I was literally going to lock myself in a room and do enough drugs to hurt myself.”

With the help of his future wife, the former “Vanderpump Rules” star made several lifestyle changes to better himself, with the goal of making his dad proud.

Jax has talked about how “Vanderpump Rules” also affected his mental health. During a  recent guest spot on the “Daddy Issues” podcast with Joe Buck and Oliver Hudson, he admitted that his long-running role as the reality TV villain took a toll on him.

”I was very fortunate to be on that show,” Taylor said of “Vanderpump Rules.” “I was very successful on it, and I made a great living, but man, it took a toll on my mental health.”

He added that he is happy he is no longer on the cast of the Bravo show.

“I cannot tell you how happy I am not to be part of that show anymore,” he said. “It’s weight that’s lifted off me that I don’t have to be that person….that douchebag, that villain, that guy.”

“I painted a picture of myself that wasn’t 100 percent true, and I paid for it,” he said of his onscreen persona.

If you or someone you know is considering suicide, please contact the National Suicide Prevention Lifeline at 1-800-273- 8255 or go to suicidepreventionlifeline.org.

Loading more stories
wpDiscuz
0
0
Would love your thoughts, please comment.x
()
x
| Reply
The former "Vanderpump Rules' star opens up about his darkest period on the show.