If you’ve been playing Fortnite Season 4 since the start, you’ll know a huge chunk of the loot pool is made up with special Mythic abilities, and there is now a new one added to the mix.

Previously found only in the Marvel Knockout mode, Venom’s Mythic ability is now in the loot pool in regular lobbies, likely to coincide with the release of his skin into the game.

Of course, Venom has been one of the worst kept secrets this season, but it’s nice to see Epic finally release this skin for us to enjoy, and it’s an added bonus to see his ability added to the lobbies too.

On top of that, a familiar Mythic also makes its triumphant return. 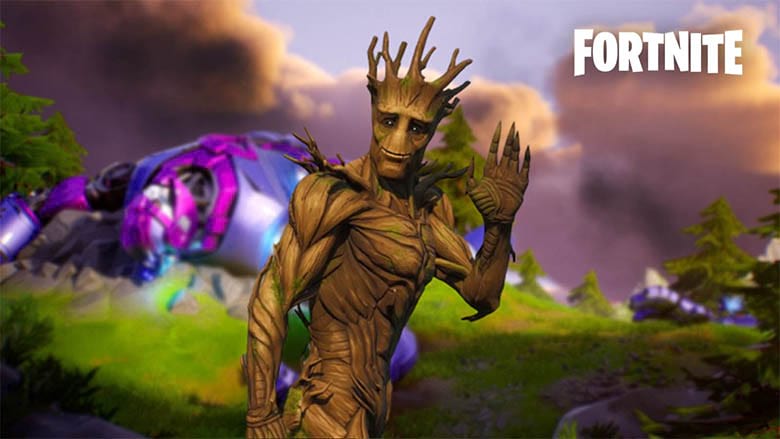 After going missing for several weeks now, the Groot Bramble Shield has made its return to the lobbies. Now, this wasn’t exactly a popular item, especially when compared to the other Mythic abilities currently in the game, but it’s nice to have it back.

This ball gives some nice mobility and also allows you to heal yourself while moving around, so it’s not completely useless, but the Iron Man and Doctor Doom abilities just blow it away.

Then again, the Venom Smash and Grab ability isn’t exactly the greatest Mythic in the world, but it’s still fun to use as it also gives some nice mobility and even phases through builds to grab people. It does 50 damage on its own and pulling up an enemy for a quick Pump Shotgun blast is nice.

Any Other Mythics Coming?

The end of the season is nearly here, so if Epic does plan on adding even more Mythics to the game, they are quickly running out of time to do so.

With the word around town being this is the last update of the season, we might be all set with the loot pool as it is, but who knows, perhaps Fortnite Season 5 could get the ball rolling with the Marvel content.

It’s only a few more weeks until we find out for sure.

READ NEXT: How to Get the Fortnite Rainbow Fog Wrap For Free