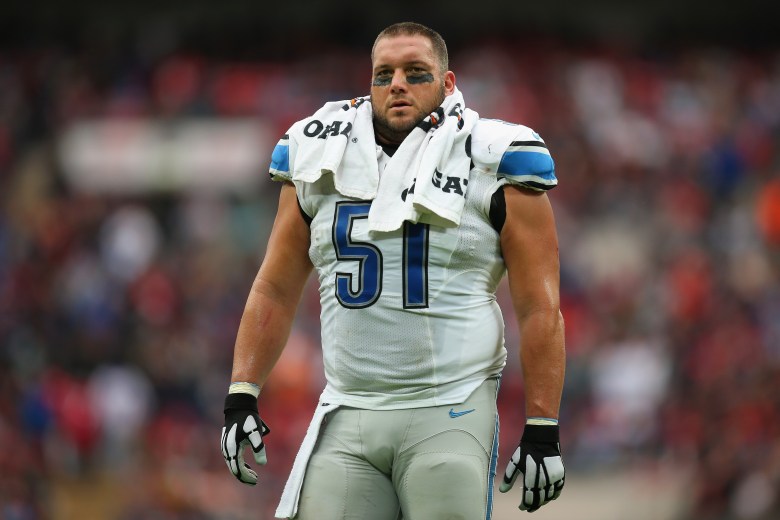 Detroit Lions center Dominic Raiola was suspended by the NFL for one game after what looked to be a questionably decision that resulted in an unsportsmanlike conduct penalty in Sunday’s game against the Chicago Bears.

The play happened in the middle of the 3rd quarter. Raiola looks to have intentionally stomped on Bears defensive tackle Ego Ferguson’s ankle.

Raiola defended himself after the game saying the incident was “accidental”

“It was totally unintentional. I remember I was stumbling out. I didn’t see the end of it. I apologized at the end of the game, told him it was unintentional and we shook hands and that was it.”

Raiola is notoriously known for his questionable character on and off the field.

Dominic Raiola got off easy. The guy is incorrigible and deserves a one-year ban, not one game.

Marshall basically said Raiola was cracking jokes about his mental illness prior to game.

This is the 6th safety-related rules violation for Dominic Raiola since 2010. He will appeal to be heard tomorrow by appeals officer

He is lucky that his suspension wasn’t longer and that he’ll be available for the Lions come playoff time.