Former glamour model Peta Todd met Mark Cavendish through her charity work, but we dare say she’d already caught his attention through her regular appearances on The Sun newspaper’s Page 3. Here’s the lowdown on the Manx Missile’s better half as he guns for more stage wins at this year’s Tour de France.

Peta Todd is a former glamour model who, until late 2011, was a regular in The Sun newspaper and magazines such as Zoo and Loaded. She started modelling at the age of 18, and was voted by Sun readers to be the fourth best Page 3 model of all time.

Todd has argued against anti-Page 3 campaigners in the past, particularly Labour MP Harriet Harman, saying that “some young women decide independently that modelling is the industry they want to work in”. Todd said that Harman was “belittling” women who, faced with a harder start in life, choose to use their looks as a source of income.

The Sun stopped publishing topless models on Page 3 at the start of 2015.

2. She Does a lot of Work for Charity

Todd is heavily involved in the charity Help for Heroes, which provides assistance to members of the British Armed Forces who have been wounded, injured or become sick as a result of serving their country. She’s completed a number of varied fundraising events for the charity, including skywalking, toboggan racing, rallying and an ascent of Mount Kilimanjaro.

Todd actually met Cavendish through her work for the charity at an event in California in 2010. Todd was part of the welcoming party for veterans who had completed a Trans-America bike ride, and Cavendish was also in attendance. The rest, as we really should have thought of a more entertaining way of saying, is history. 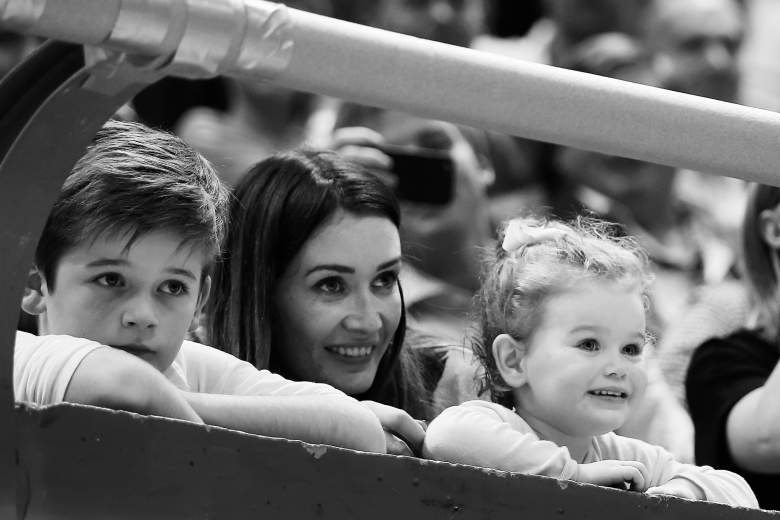 Todd and Cavendish have a daughter together, Delilah Grace, born in April 2012. Delilah has already accompanied her Daddy onto the top step of the podium, after Cav won Stage 2 of the 2012 Tour de France. The couple announced in April of this year that they are expecting their second child together.

Todd also has a son, Finnbar, from a previous relationship. 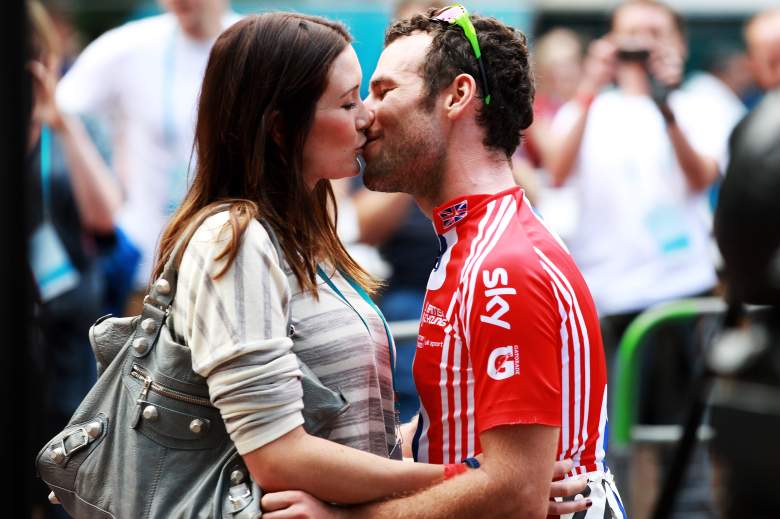 Todd and Cav (in his cleats) (Getty)

Unsurprisingly for a former model, Todd stands a statuesque 5ft 10in tall: one inch taller than her husband (and we suspect 5ft 9in for Cav is generous).

The Manx Missile’s stocky, diminutive frame is far from the archetypal sprinter’s body. Take a gander at photos of sprint rivals Marcel Kittel or Andre Greipel, or hark back to the days of the likes of Mario Cipollini and you’ll see men who stand comfortably north of 6ft and look like they could rip off a triple-glued tubbie with nothing but their pinkies. Indeed, following the announcement that Cavendish would ride the inaugural “Six Days of London” track meet, Todd tweeted that:

If there is one way to make @MarkCavendish look more compact… It is to put him next to the lovely @chrishoy . #SixDayLondon

We somehow doubt that Cav gives such things much concern, however: with 25 Tour de France stage wins under his belt to-date, he has just one fewer than the aforementioned three fellow sprinters have combined.

Despite the crash, she went on to complete the GB Wales Rally to finish 47th (Instagram)

Well, Tony Jardine technically crashed the car, Peta was the co-pilot. She was taking part in the 2014 Wales Rally GB, a bona fide World Rally event, with former professional racing driver Jardine to raise money for Help for Heroes. Their Mitsubushi Evo IX crashed into a log pile, totaling the front right of the car. Jardine admitted the crash was “totally my fault”.

Fortunately, all concerned were ok, and Todd & Jardine finished the event in 47th place.