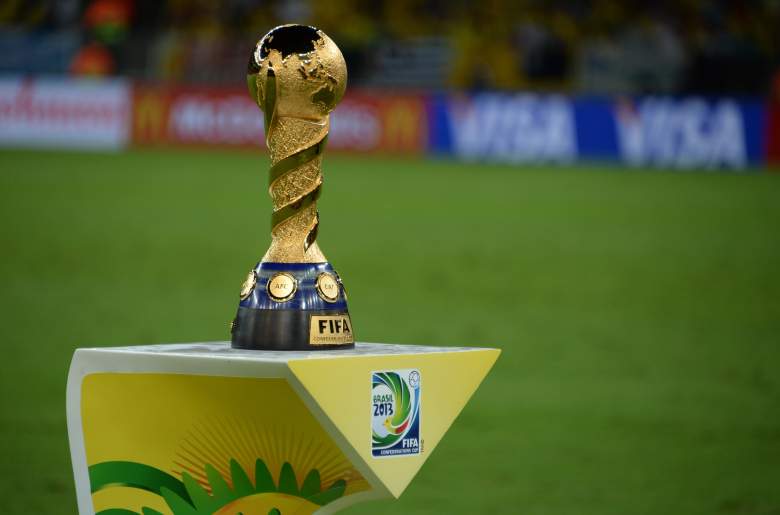 The Confederations Cup trophy on display in Brazil. (Getty)

So far, what has been announced about the match is it will happen on October 9, 2015 in the United States. The location has yet to be determined.

According to CBS Sports, the 2017 Confederations Cup will take place June 17th through July 2nd. Germany, Chile, Australia and Russia have already qualified for the tournament. Four additional teams will also qualify including the CONCACAF representative.