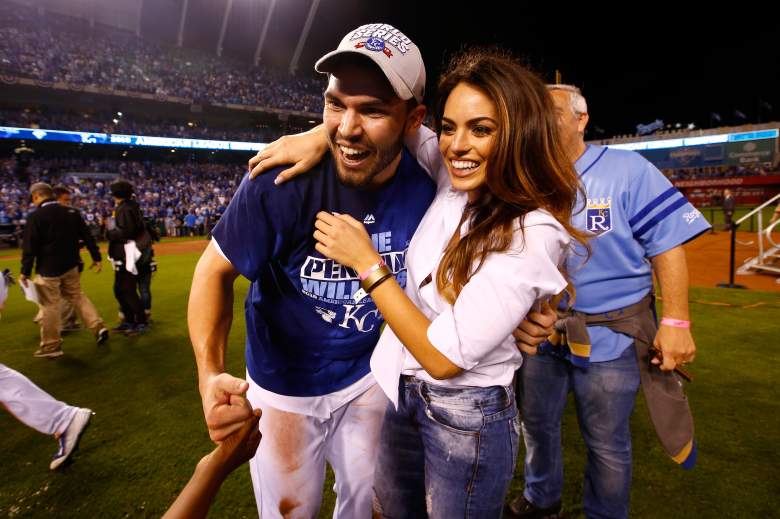 McDonnell and Hosmer have been pretty serious since they first started dating earlier this year. (Getty)

Eric Hosmer is having a pretty good year.

The Kansas City Royals first baseman is making his second straight appearance in the World Series, connecting on the game-winning RBI in Game 6 of the ALCS, and, to top it all off, has a pretty supportive girlfriend.

Kacie McDonnell and Hosmer first announced their relationship in separate social media posts earlier this summer and were spotted celebrating together after the Royals ALDS and ALCS titles. Odds are pretty good that McDonnell will be in the stands during Kansas City’s latest championship run.

Here’s what you need to know about McDonnell:

McDonnell currently works as the anchor on the pregame and postgame shows for Sporting Kansas City and also conducts in-game interviews with the team during locally televised matches. She released a statement after the hiring was announced:

This is a dream come true. I’ve always thought that if I could get a melting pot and throw sports, news and entertainment into it, I’d have my dream job. Now, I have that and I look forward to working with the SKCTV crew this coming season.

McDonnell also works as the traffic reporter for 41 Action News on weekday mornings, joining the station in September 2014. 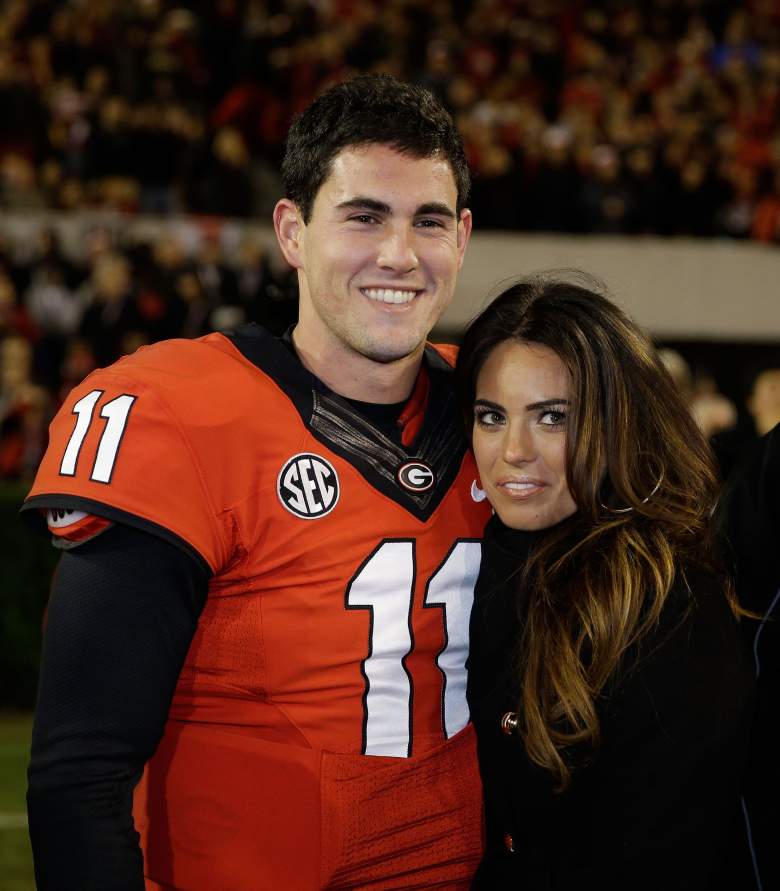 Murray and McDonnell dated for over two years and were engaged for over a year before officially breaking up this January. (Getty)

Despite moving to Kansas City in August 2014 to be with then-Chiefs quarterback Aaron Murray, McDonnell and the football player called off their engagement in January 2015. McDonnell told The Philadelphia Inquirer:

I’m loving my career in Kansas City. ’m really committed to being a part of this community for the time being. The engagement is off. I wish him the best, it’s best to part ways. I’m moving on with my life.

The pair first started dating in 2013 and had been reportedly looking at wedding venues in the Philadelphia area just weeks before announcing that the engagement was off.

3. McDonnell Previously Worked as a Sideline Reporter for the Eagles

Kacie McDonnell Dancing on Good Day Philadelphia!Kacie is one of the freshest faces to ever be on Good Day. Energetic and beautiful, you will never be lost with Kacie at the traffic helm. Make sure you see more at daily at myfoxphilly.com/category/239150/watch-fox-29-news-live-online And her Fox profile… myfoxphilly.com/story/19371142/kacie-mcdonnell2013-04-15T13:47:03Z

A native of Pottsville, Pennsylvania, McDonnell stayed close to home after graduating from Villanova, joining the team at FOX 29 in August 2012.

She first worked as the Traffic Anchor at Morning News & Good Day Philadelphia before taking over as the sideline reporter during Philadelphia Eagles games. She also hosted “The Trend,” an inside look at online trends and also regularly filled in as co-anchor of Good Day with Mike Jerrick.

4. She Graduated From Villinova University

McDonnell graduated from Villanova in 2012 and almost immediately got a job as a traffic anchor in Philadelphia. (Instagram)

McDonnell graduated from Villanova University in May 2012 with a Bachelor’s degree in Communication and Specializations in Journalism & Media Production. While at school, she was a Curvey Scholar and a member of the Delta Delta Delta sorority.

Prior to school, McDonnell was active on the beauty pageant circuit and was even named Miss Teen Pennsylvania International in 2008. She performed on the platform of teen abstinence and a partnership with “Silver Ring Thing” and went on to be named 1st Runner-Up at the national competition that year. 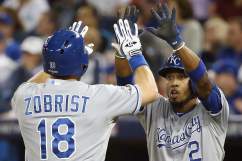 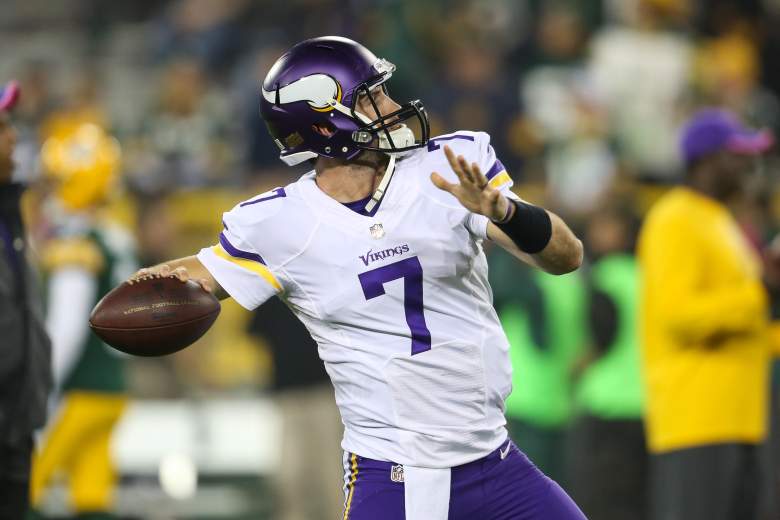 McDonnell and Ponder previously dated before he tied the knot with ESPN personality Samantha Steele. (Getty)

Although she’s now serious with Hosmer, McDonnell has a history with a handful of professional athletes. Prior to her on-and-off engagement to Aaron Murray, McDonnell dated former Minnesota Vikings quarterback Christian Ponder and Phillies pitcher Jonathan Pettibone.

McDonnell and Ponder were romantically linked in 2011. The quarterback, of course, is now married to the former Samantha Steele of ESPN. She was also spotted, in 2013, with Phillies pitcher Jonathan Pettibone when they both attended an event in Philadelphia together.