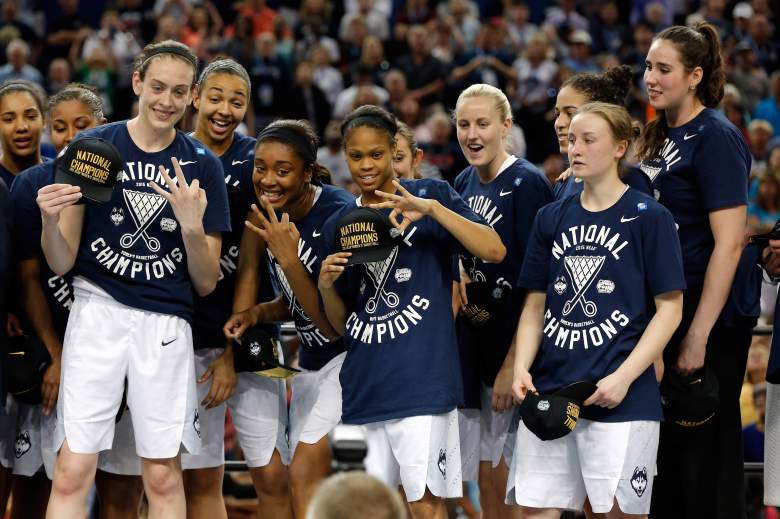 The UConn women’s team is looking to make it four straight, facing off against a Final Four field filled with unexpected opponents. (Getty)

Well, that was unexpected.

Washington and Syracuse are both headed to the Final Four of the NCAA women’s basketball tournament after both squads took down top-seeded squads in the second weekend. It’s a pair of upsets few hoops fans saw coming, but a welcome change of pace from the usual teams that make it to the semifinals.

Of course, that doesn’t mean that everything is a surprise heading into Indianapolis.

The UConn women have been nothing short of unstoppable throughout the Tournament, breaking their own Sweet 16 record for margin of victory on Saturday afternoon. Now, the Huskies, who take on No. 2 Texas in the Elite Eight, are looking for their fourth straight national titles as the seniors look to wrap up their careers perfect in the Tournament.

It’s a lofty goal, but if there’s any team in the country that can do it, men or women, it’s this squad.

Read on for a complete breakdown of when and where to catch all the hoops action from Bankers Life Fieldhouse in Indianapolis: