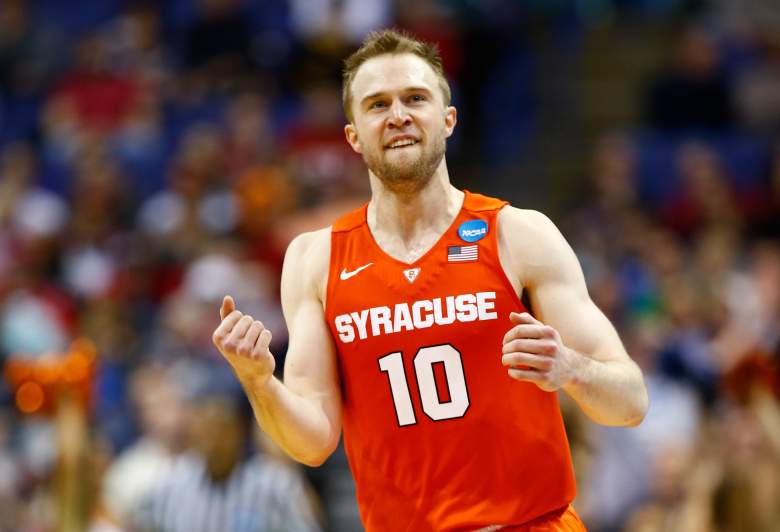 Syracuse was on the bubble just a few weeks ago and now the Orange are looking to clinch a Sweet 16 berth. (Getty)

Now these two teams – who weren’t even in the postseason conversation just a few weeks ago – are vying for a spot in the Sweet 16.

So, can the Blue Raiders make magic happen twice? Or will Syracuse continue dancing straight into the next round. Let’s break down the odds outlook for this one, via OddsShark:

Middle Tennessee comes into the Round of 32 on a seven-game winning streak and while that may not mean much to odds-watchers, there’s also some number-based reason to think the Blue Raiders could pull this off.

The squad is 5-1 SU and ATS in their past six games as the underdogs with an overall over/under record of 15-18-1 for the season.

This still might not be a bad upset pick.

Meanwhile, on the Orange side of things, Syracuse comes into Sunday’s matchup on an UNDER roll. In seven of Syracuse’s last eight games, the total has gone UNDER with an averaged combined score of 120.1 points.

And, perhaps, most importantly, the Oragne are 4-1 ATS in their last five as favorites. The key is defense. If Syracuse’s zone can maintain its shutdown presence, the Orange are going to notch a Sweet 16 berth.

Read More
Basketball, College Basketball, March Madness 2016, NCAA, NCAA Tournament
Middle Tennessee defied the odds once this week. Can the 15 seed-that-could do it again? Let's break it down.