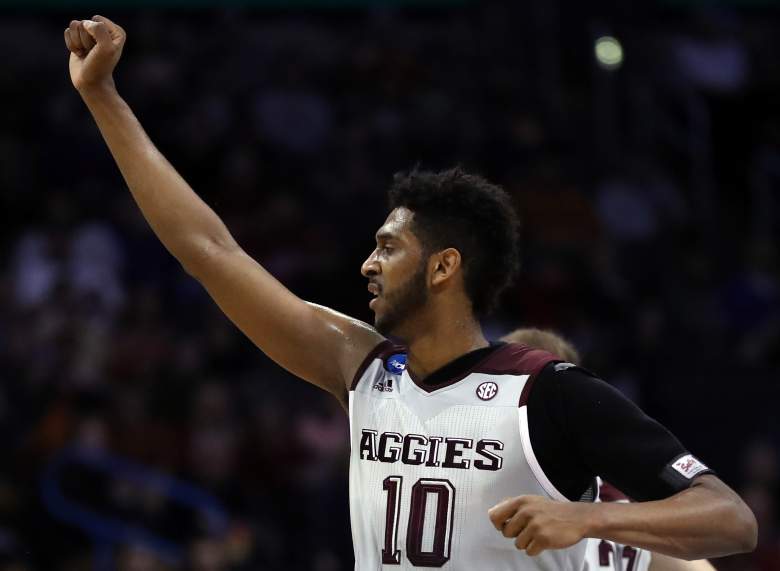 Texas A&M doesn’t want to be the latest favorite to fall in an upset during the NCAA Tournament. (Getty)

It can, apparently, if you are the Northern Iowa men’s basketball team.

After sinking the game-winner at the buzzer to clinch their conference tournament, the Panthers did it again on Friday, dispatching Texas in the first round of the NCAA Tournament.

So, can it happen again? Odds, and maybe common sense, would tell us no, but our hearts desperately want to see this Cinderella run continue. Read on for a complete breakdown of the game against Texas A&M, including tipoff time and live streaming info:

Game Preview: Texas A&M didn’t spend much time as the favorite this year. At least not in the view of many basketball fans.

Sure, the Aggies started off the SEC season well, but then there was that whole issue of the losing streak against teams that didn’t even have a prayer of making the NCAA Tournament.

Texas A&M got back on track. The Aggies finished the regular season on a hot streak and took Kentucky to OT in the SEC championship game. That success continued on Friday as Texas A&M breezed to a 92-65 victory over Wisconsin-Green Bay.

The key in all of this? Jalen Jones.

The senior is averaging a career-beset 15.4 points and seven rebounds this season and is fresh off a 11-point performance in just 19 minutes against Green Bay. Jones is an interesting study because he’s listed as a small forward, but he’s also a mid-range threat. If he gets going, it might be difficult for UNI to slow him down.