After coming back from the edge of defeat in their last Champions League outing against Juventus, Bayern will have to be on their game today when they host Benfica. The Germans trailed late against the Italians, but were rescued by a last-second goal from Thomas Muller to force extra time. Bayern won by an aggregate score of 6-4, but they will face a Benfica defense today that their manager calls one of the best in Europe.

Bayern should be less confident in their own back line, which is missing players to injury. Jerome Boateng has already been ruled out, and both Mehdi Benatia and Javi Martinez could be unavailable. They will also be without Arjen Robben, who is still recovering from a groin injury. Bayern will need their best to slow down Benfica’s star striker Jonas, who has scored 30 league goals this season. 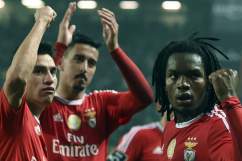 Read More
Soccer, TV, UEFA Champions League
After a narrow escape in the Round of 16, Bayern Munich look to continue Champions League success at home when they host Portuguese side Benfica.