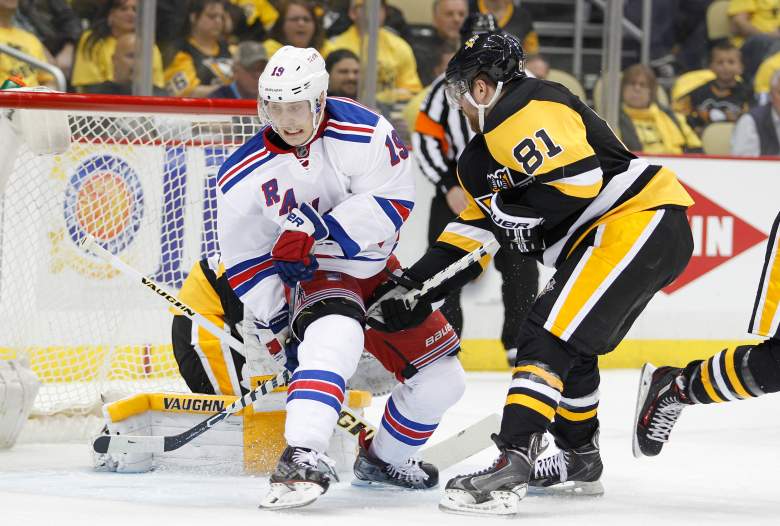 The Pittsburgh Penguins grabbed a lopsided win in a dominant performance on Wednesday night. (Getty)

Henrik Lundqvist is still recovering after being poked in the eye by a stick in Game 1. Marc-Andre Fleury is still fighting off nagging concussion symptoms.

In other words, two of the top goalies in the league may still possibly be sidelined for Game 2 of the NHL playoff Eastern Conference quarterfinals. That opens up a whole lot of questions on both sides of the ice and makes this afternoon’s matchup even more interesting. And it was already fairly interesting to begin with.

Puck drop for the rivalry matchup is slated for 3 p.m. ET and is being nationally broadcast on NBC. Don’t worry if you wont’ be near a TV though. We’ve got ways to stream the game online and on mobile:

Read More
Hockey, NHL
Both squads are facing some big-time questions in net, so who has the edge on Saturday afternoon? You'll have to watch to find out. Here's how.