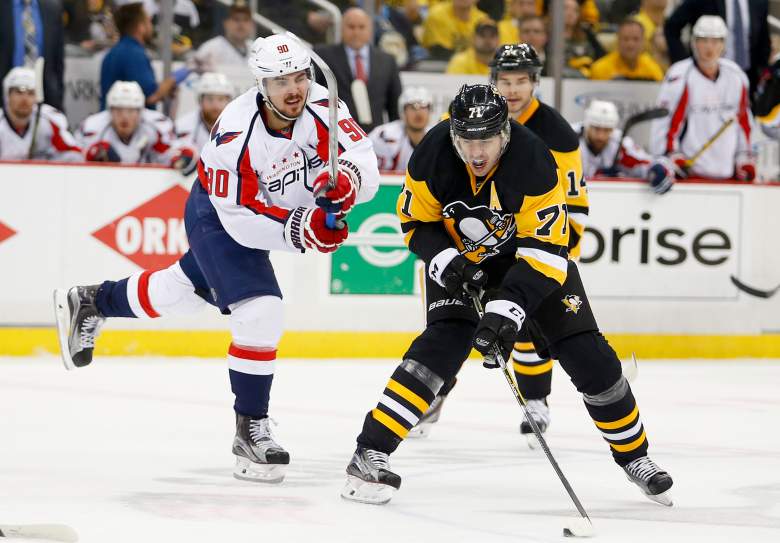 Evgeni Malkin and the Pittsburgh Penguins look to take a two-game lead in the series against the Washington Capitals on Wednesday night. (Getty)

Matt Murray has been making the most of his postseason moment.

The Pittsburgh Penguins goalie helped spark his team to a Round 1 win and now has his squad nursing a 2-1 lead over the Washington Capitals heading into Game 4 of the second round. Of course, that’s not nearly enough.

Murray faced 49 shots in Game 3 – but also notched 47 saves – and now the Pens are looking to support their goaltender with just a bit more offense.