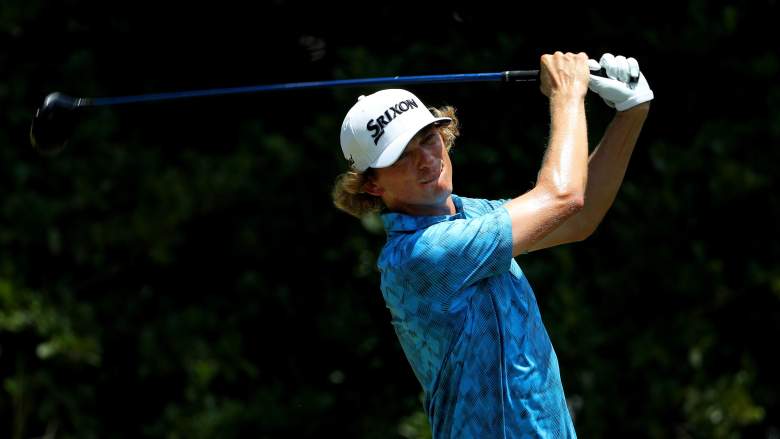 Will Wilcox hit a hole-in-one on Hole No. 17 at TPC Sawgrass on Friday. (Getty)

No. 17 at TPC Sawgrass is one of the most famous holes on the PGA Tour.

The par-3 is surrounded by water and that water collects dozens of tee shots every year during The Players Championship. It’s one of the shortest holes on the course, but often plays as one of the hardest. Landing on the green doesn’t guarantee you anything as there’s always the possibility of your shot rolling off and into the drink. It happens plenty.

But during Friday’s second round of the Players, Will Wilcox did what hasn’t been done in 14 years on No. 17 — he hit a hole-in-one.

Wilcox became just the seventh player to hit an ace on the historic hole and first since Miguel Angel Jimenez in 2002.

Here are the other holes-in-one on No. 17 at Sawgrass:

Check out Wilcox’s ace below. And, by the way, his celebration is priceless.

Read More
Golf, PGA Tour
No. 17 at TPC Sawgrass is one of the most famous holes on the PGA Tour. Wil Wilcox made an ace on the hole Friday, a very rare feat. How many have done it?