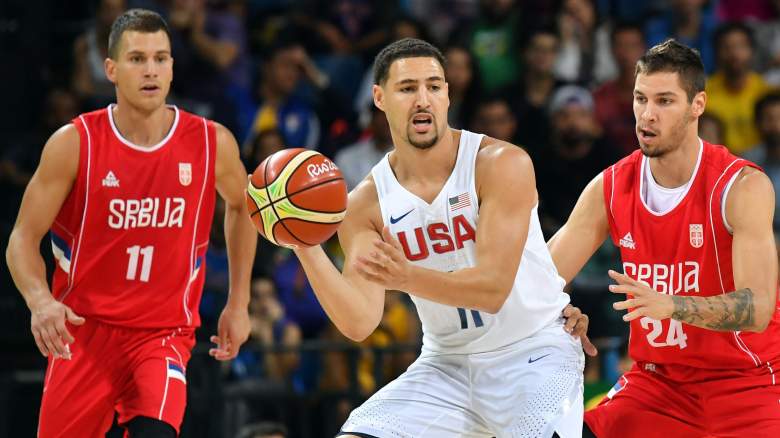 Clearly the two best teams during these Rio Olympics, USA and Serbia met during group play, with the Americans squeezing out a 94-91 victory. Kyrie Irving had a team-high 15 points and five assists for the Red, White and Blue, while Nikola Jokic took advantage of the Americans’ shaky pick-and-roll defense to the tune of 25 points and six rebounds, as Serbia gave the No. 1 team in the world just about all it could handle.

Nevertheless, oddsmakers like USA’s talent to win out with a gold medal on the line, as Mike Krzyzewski’s squad has been pegged as a huge double-digit favorite.

Here’s a complete look at all the viewing and betting information:

Read More
Basketball, Rio Olympics 2016
In a rematch of one of the best games of the tournament, USA and Serbia meet for Olympic gold in men's basketball.