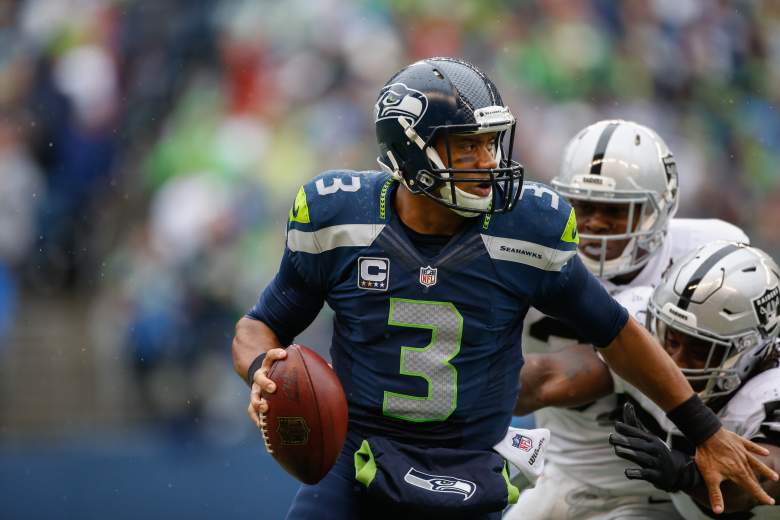 The Seahawks and Raiders square off in the final week of the preseason. (Getty)

The Seattle Seahawks take on the Oakland Raiders in the final preseason game for both teams. NFL Network will broadcast the game nationally at 10 p.m Eastern, but fans in the local broadcasting area of either team could experience a blackout of the national broadcast.

TV Channel: NFL Network will be broadcasting the game nationally but fans in the area of a local affiliate station may experience a blackout of the NFL Network broadcast. Seattle affiliates offering a broadcast of the game include KCPQ FOX-13 (Seattle), KPTV FOX-12 (Portland) and KAYU FOX-28 (Spokane). For the Raiders, stations include KTVU FOX-2 (San Francisco-Oakland), KQCA My-58 (Sacramento) and KGPE CBS-47 (Fresno). Click here for a full rundown of both team’s affiliate stations offering a broadcast of tonight’s game.

Live Stream: NFL Network will offer a live stream of tonight’s game. To access the stream, you must have a cable or satellite login with a subscription that includes NFL Network.

Line: Raiders by 2 (Odds courtesy of OddsShark and are subject to change.)

Game Preview: The Oakland Raiders host the Seattle Seahawks in both team’s final preseason game. Neither team is expected to play their starters for much of the game. Instead, the backups will get extended playing time as each team looks to narrow down their roster with final cuts.

The Seahawks head into the season hoping for improved play from a revamped offensive line. Seattle will continue to rely on the steadiness of Russell Wilson and a defense that is a perennial power.

Oakland fans are hoping their young core can take the next step forward and compete for a playoff spot this season. Derek Carr and Amari Cooper lead a talented offensive group. The Raiders added Bruce Irvin and Reggie Nelson to an already talented defensive unit.