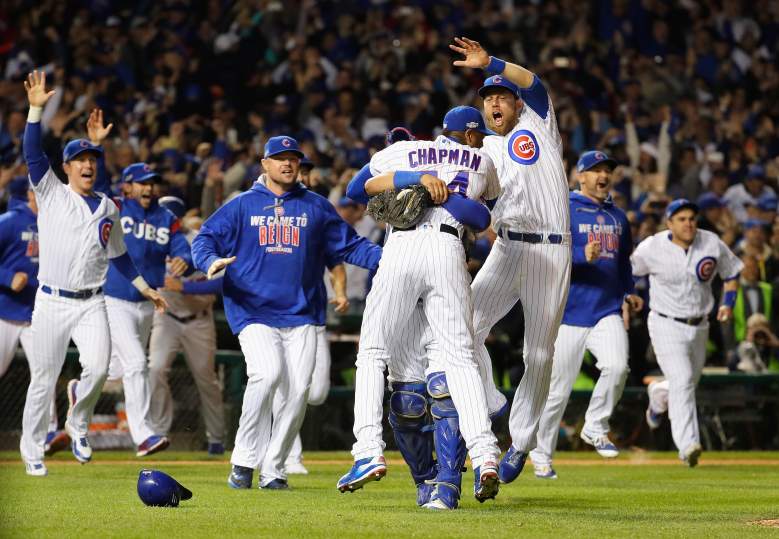 The Cubs open as favorites to win the World Series. (Getty)

The Chicago Cubs head into the 2016 World Series as favorites to win their first World Series since 1908. According to OddsShark, the Cubs open the series at -185 while the Indians are at +160.

Westgate is slightly less bullish on the Cubs. They have Chicago at -175 while Cleveland is at +155.

The Cubs started the season all the way back at +500 to win the World Series. Chicago topped the MLB in wins this season with 103 while the Indians were 4th with 94 wins.

There have been a number of reasons the Cubs have had success this season, but one contributing factor has been the play of starting pitcher Jon Lester. Lester got wins in NLCS Game 1 and 5 to help the Cubs punch their ticket to the World Series. He only allowed one run and had eight strikeouts in the 14 innings he pitched in the series.

Chances are the Cubs will need another big series out of Lester to win their first World Series since 1908.

The Indians have an ace of their own in Corey Kluber. Kluber was 18-9 this season with a 3.14 ERA.