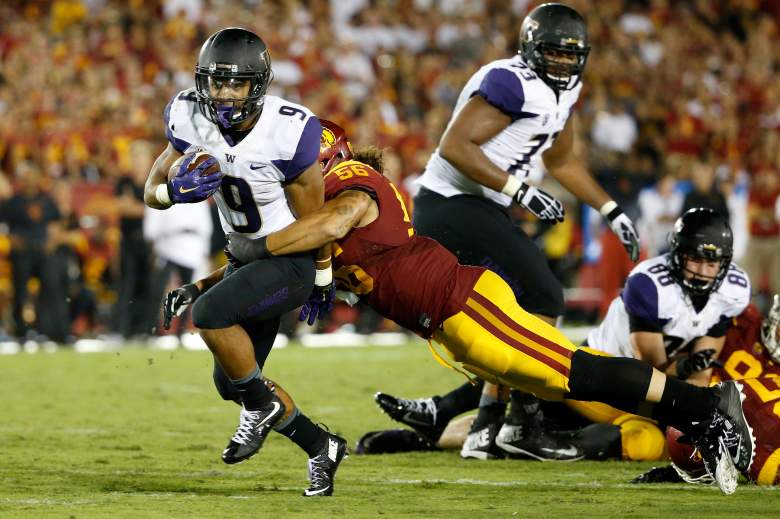 Washington hosts USC in the marquee college football matchup of the week. According to OddsShark, Washington is favored by 8.5 points heading into the contest.

The over-under is set at 62 points. The OddsShark computer likes the Huskies chances of handling the Trojans.

The computer projects a 48.1-28.1 Washington victory on Saturday. It is taking the Huskies to cover the spread and the over on the point total.

Both teams come into the contest 5-4 against the spread for the season. After losing three of their first four games, USC has won their last five games. They are coming off a blowout win over Oregon.

Washington comes in a perfect 9-0 and is coming off a 66-27 win over Cal. College Football Study Hall’s S&P+ computers also project a double digit victory for the Huskies.

USC may be surging, but Washington is the more talented team. The Huskies are one of the most balanced teams in the country. Jake Browning has been one of the best quarterbacks in college football and has a number of weapons to go to including versatile receiver John Ross. The Washington defense is also formidable with a talented secondary.

Heavy likes Washington to take care of business against USC. We expect a close first half, but the Huskies to open things up in the second half to pull away from the Trojans.

Read More
College Football, Football, Sports Betting
USC goes on the road to take on Washington. Heavy looks at the latest Vegas odds, computer predictions and offers a pick against the spread.