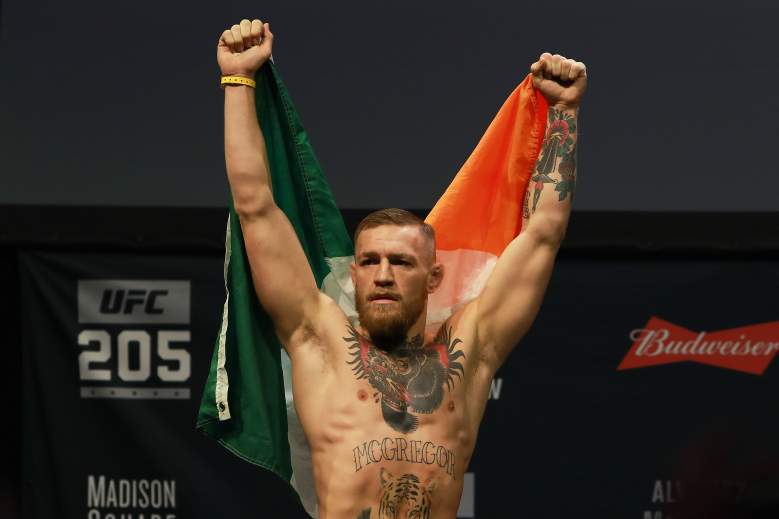 Update: Former boxing champ Floyd Mayweather has dismissed the below report on a rumored bout with UFC star Conor McGregor by stating on social media that he had not agreed to a deal with McGregor or any other fighter. Here is what he said:

After months of verbal sparring, it looks like we could be inching closer to the superfight of the century between UFC lightweight champion “The Notorious” Conor McGregor and retired boxing superstar Floyd “Money” Mayweather.

McGregor is also the former UFC featherweight champion and holds a record of 22-3 in mixed martial arts. Mayweather, who retired from boxing in 2016, has an unbeaten record of 49-0 in boxing.

The Irish Sun is reporting that, although nothing official has been signed, the two combat sport icons have made verbal financial agreements on the highly-rumored boxing match. According to the newspaper:

A source close to the Straight Blast Gym star told The Irish Sun: “Conor McGregor and Floyd Mayweather have agreed a deal to fight and have both settled on their respective fees.

“The contract hasn’t officially been signed yet because of a third party hold-up but all the details have all been agreed on.

McGregor and Mayweather have pursued each other and thrown relentless verbal shots across social media for over a year, mainly over each other’s net worth:

UFC President Dana White offered both fighters a $25 million fight purse, which is rather low compared to the $100-something million Mayweather is used to receiving for his bouts. McGregor, who has become the kingpin of MMA trash talk, went on a tirade on Instagram by calling out everyone who has questioned him.

I'm so made! Heading to do a Q and A in front of 5000 fans! You read that right. That's more than UFC attendance tonight. And it's on PPV at http://www.notoriouslive.co Fuck the UFC. Fuck Floyd. Fuck boxing. Fuck the WWE. Fuck Hollywood. And fuck you too pay me.

According to The Irish Sun, McGregor is currently in Las Vegas recording an anti-bullying commercial for the Nevada State Athletic Commission as a consequence for throwing a water bottle during a UFC 202 media scrum.