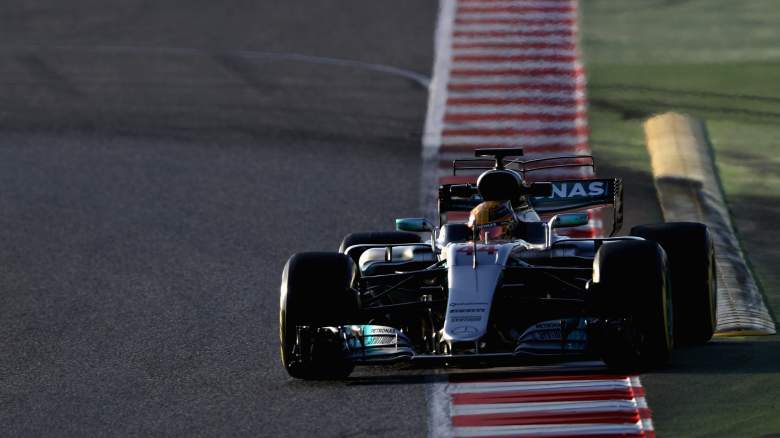 Sunday marks the return of the Formula One World Championship, as the 2017 season gets underway with the Australian Grand Prix in Melbourne.

Here’s a look at everything you need to know to watch the action from Albert Park:

The retirement of 2016 champion Nico Rosberg means there will be a new world champ in 2017–or perhaps more accurately, an old one.

Lewis Hamilton, who won the championship in 2014 and ’15 before coming up five points short against his Mercedes teammate and rival last year, is the odds-on favorite to return to the mountain top of the sport.

Melbourne will always be special for @LewisHamilton

But even though his stiffest competition from a year ago is no longer around, he’s not letting his guard down.

“I think Ferrari are bluffing and that they are a lot quicker than they are showing,” Hamilton said. “They’re very close to us. It’s difficult right now to say exactly who is quicker. But they are very close, if not faster.”

Four-time world champion Sebastian Vettel, an obviously major threat to Hamilton, finished fourth last year, while Kimi Raikkonen is the only active driver other than Hamilton who has two wins in Melbourne, so Ferrari is obviously one to watch on Sunday.

No matter what happens, though, Formula One is back, and that is definitely something to celebrate.