Like her famous Kardashian half-sisters, Kendall Jenner has scored herself a basketball player.

Here’s what you need to know about Chandler Parsons.

1. He Just Signed with Dallas

The Sunshine State native attended the University of Florida, where he played for the Gators.

He started his professional career on the Houston Rockets.

Dallas Morning News explained his transition to the Mavericks:

Parsons went into restricted free agency this offseason after playing three years with the Rockets. The Mavericks signed him to a three-year offer sheet worth $45 million that Houston had the right to match. Parsons said the offer’s size probably surprised the Rockets.

The 25-year-old is now the highest-paid player on the team, having signed a three-year, $45 million dollar contract.

However, as far as money goes, he told the paper, “I was underpaid my first three years and that didn’t affect how I played. People are going to talk about my contract now just because it’s a huge raise but it doesn’t really matter to me.”

Hang on, has Kendall Jenner got ANOTHER 'boyfriend'?! http://t.co/7krg5Cl4ve pic.twitter.com/8ePPe70oRV

They were first spotted having dinner at STK restaurant in Los Angeles on July 25.
At the time, an eyewitness told People, “They were heavily flirting, but no touching.”

None other than Kris Jenner, Kendall’s mother, set them up.

Perez Hilton reported that a source revealed, “Mama Kris met Chandler a few weeks ago and was blown away by not only his good looks, but his promising B-ball future.”

Before that, Kendall was romantically linked to Harry Styles and 5SOS singer Ashton Irwin. 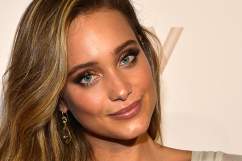 In the above Instagram video, whose goal is to raise money for ALS, Parsons nominated Mark Cuban of Shark Tank, who happens to own his new team, the Mavericks.

The other nominees were his fellow athletes Joakim Noah, Tim Tebow and Dwight Howard.

4. He Models for Buffalo Jeans

The athlete-turned-model posed for Buffalo Jeans with model Ashley Sky.

Watch the sultry shoot below:

5. He Was Supposed to Go on a Dating Show

Chandler was just about to start filming a series similar to The Bachelor. He was going to be introduced to a group of gorgeous women in hopes of being fixed up with the girl of his dreams. But before the cameras had a chance to roll, he’s pulled out of the show. 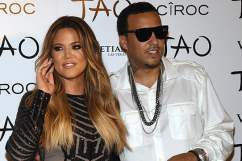