The time has come and the line-up for the 2014 KIIS Jingle Ball has been announced. Check out the above tweet that was just posted about the event, taking place December 5, 2014. Taylor Swift, Sam Smith, Ariana Grande, Iggy Azalea, and 5 Seconds of Summer are just some of the amazing artists who are set to perform. On Air with Ryan Seacrest has posted all the ticket info and has noted that the host of the event will be Nick Jonas.

The 2014 Jingle Ball will be on December 5 at Staples Center in Los Angeles. The KIIS Club VIP pre-sale is Thursday, October 16, at 10 a.m.

Not a VIP? Sign up to be one here now so you can get a head start on tickets! The rest of the tickets then go on sale for the public on October 18 at 10 a.m.

As far as the full list of performers, here they are: 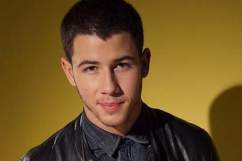