Can The Doctor finally destroy his oldest enemy?

Saturday night’s brand-new episode of Doctor Who, titled “The Witch’s Familiar,” pits the Time Lord (Peter Capaldi) against his most dangerous enemy, Davros (Julian Bleach), the made leader of the Daleks.

In a rare move for The Doctor, the latest preview clip shows the time traveler holding a gun to Davros’ head, threatening the now-young creator of the Daleks. The history between The Doctor and Davros goes back thousands of years, dating back to the fourth incarceration of the Time Lord. Davros once served as the head of the Elite Scientific Division for the Kaled race of the planet Skaro. He created the Daleks on that planet, building an army-race that was intent on taking over the universe.

Prior to last week’s season nine premiere, The Doctor’s most recent run-in with Davros came in the season four finale, The Stolen Earth and Journey’s End. The 11th Doctor also traveled to Skaro in season seven. In fact, that was where he met the first version of Clara. It looks like The Doctor is going back to Skaro. Check it out:

So, will The Doctor be able to kill Davros? Can he make a difference by destroying the person who helped create the Daleks? Well, that may be harder than expected. The Doctor will have to fight off the Daleks first.

Despite apparently dying (again) in the season premiere, recently released photos show Missy (Michelle Gomez) fighting the aliens. It’s early in the season but The Doctor is already facing some of the toughest tests of his 12th regeneration. According to Capaldi a decision he makes on Saturday night will have season-long repercussions. “The Doctor is about to make a mistake that has cataclysmic repercussions . . . [He is faced with] a conflict which is central to his being,” Capaldi told The Mirror.

The latest episode of Doctor Who debuts on Saturday night at 9 p.m. ET on BBC America. 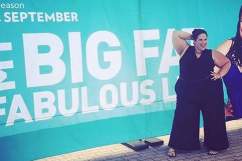