Coolpeds entered the Shark Tank with their electric scooter that doubles as a briefcase, perfect for commuting to work and school.

We interviewed UCLA graduate Tony Chan, who worked at Microsoft in Seattle as a software engineer and consultant prior to moving to LA to start his own product design and trading company.

Because of his frequent travel in cities, he decided to invent the scooter, using the knowledge he gained flipping classics cars in college to pay his tuition. After working on the first prototype for a year, he launched a year ago and has sold a couple thousand units to date.

As for the future, he is currently building an electric roadster, as well as developing an app that will control the scooter, tell you its range and power level, and track its location.
Here’s what else he told us about…

I came up with Coolpeds when I was living in congested cities around the world like New York and Los Angeles. I found myself travelling around town mostly within a radius of less than three miles, so I need a way to get around efficiently. But I could not find anything on the market that matched my need; so I built myself the first super lightweight electric scooter to get around town. As people saw me riding it, lots of them wanted to get one too! I later invented the briefcase electric scooter because I wanted to combine my backpack and the scooter into one super cool and convenient package.

Advice to Future Contestants & Nerves in the ‘Tank’

Be genuine and believe in your product all the way. Have a real and different innovative product and make sure it works nicely…Yes, I was a little nervous and was quite pumped up in the beginning. But it became more normal like an exhibition showing off your awesome ideas.

It’s super lightweight at about 10 pounds only. It features a removable briefcase and a powerful brushless hub motor inside the rear wheel. It is easily foldable in less than five seconds. It goes up to about 12 mph and up to seven miles in range. The battery can also charge your phone via its USB port.

We will continue to innovate and offer awesome new mobility products to customers around the world. And we are starting to build the $9,900 Ampere One, the 100% electric roadster for the mass market; like the Model T, the Ampere One is an amazing looking, fun, and affordable electric vehicle for the masses. 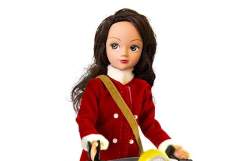 SmartGurlz on ‘Shark Tank’: A Look Inside the Coding Dolls & Robots for Girls 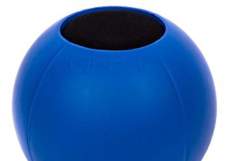 Qball on ‘Shark Tank’: A Look Inside the Throwable Microphones