When Bow Wow’s dating relationship with Kiyomi Leslie heats up on Growing Up Hip Hop Atlanta, some of his friends are wondering if he is moving too quickly with her. Leslie is new to the GUHHATL cast, as are a couple other women this season – Lil Mama and Masika Kalysha. According to Bossip, Leslie is Bow Wow’s on-again-off-again girlfriend so these two could be in it for the long haul … or they could not.

Urban Belle has reported that much of this season of GUHHATL deals with the other cast members questioning the validity of Leslie’s feelings for Bow Wow. Do you think she wants a future with him and that her feelings are real? One problem that may get in the way for the couple is speculation that newcomer Masika Kalysha had a fling with Bow Wow. Urban Belle has reported that Leslie alleged Kalysha was a side chick.

Another issue is that Leslie reportedly has a miscarriage and Bow Wow has somewhat of an emotional breakdown during filming. The speculation about Leslie having a miscarriage stemmed from a post Bow Wow made on Instagram. According to Celebretainment, Bow Wow wrote, “Don’t really care. The media crucifies me. I’m the most hated. Every girl I gave my heart to it failed. My dad is a alcoholic and is now sick. I lost my son this year. I’m over everything. Mentally I feel detached I’m in so much pain bro…(sic).”

This is not the first time that Bow Wow has lost a child. He already has a daughter named Shai, with his ex-girlfriend, Joie Chavis. But, in 2015, Celebretainment reported that Erica Mena revealed she miscarried a child of Bow Wow’s, in an online poem. Bow Wow was clearly upset about Mena writing about the loss on social media, as he wrote, “First and foremost, I feel like telling your personal business on social media, I feel like that’s one of the lamest things you possibly can do … I feel like it’s attention seeking, especially when it’s news that happened five months ago. It’s not recent, it’s five months ago.”

In March 2018, there was speculation that Leslie and Bow Wow were getting married. According to Bossip, Bow Wow wrote a birthday post to his girlfriend on social media, stating, “I love you so much. Pack your bags I’m taking you out the country for a few days. We’ve done so much in so little time. You deserve everything and as your husband ima make sure of that. Baby wait til the world sees your talent. THEY HAVE NO IDEA WHAT YOU CAN DO. I love you! @kiyomileslie ? aint nothing I won’t do for you. I SWEAR YOU AINT EVER BEEN SPOILED THE WAY IM BOUT TO SPOIL YOU.”

When it comes to Bow Wow’s girlfriend, this is not her first time being on reality television. She also has Wild N Out and Growing Up Hip Hop under her reality TV belt. According to Famous Birthdays, Leslie has also worked as a guest host for the Atlanta radio show The Durtty Boyz on Hot 107.9 FM. And, she does some modeling as well. 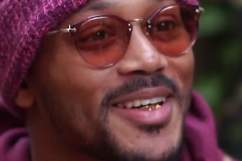 How to Watch ‘Growing Up Hip Hop Atlanta’ Online

Read More
Reality TV, TV
On Growing Up Hip Hop Atlanta, Bow Wow may have a new girlfriend. Get the rundown on the dating news surrounding Bow Wow and Kiyomi Leslie.