HBO - Screenshot of Trailer Mahershala Ali will be starring as Detective Wayne Hays in the third season of True Detective.

True Detective season 3 premieres on Sunday, January 13 at 9/8c on HBO, nearly three-and-a-half years after the second season aired. Although many were in doubt that the third season would ever happen after a rough response to season two, True Detective is coming back to HBO with new detectives, a new case, and a fresh location.

Mahershala Ali will be starring as Detective Wayne Hays in the third season of the drama anthology. Ali recently won a Golden Globe for “Best Performance by an Actor in a Supporting Role” for his role in the movie “Green Book.” Ali also brought home another Golden Globe in 2017 for his starring role in the hit film “Moonlight.”

After HBO unveiled the trailer for the third season in August, 2018, fans of the first season were thrilled that the tone seemed more in line with the original season than the last. True Detective‘s Matthew McConaughey and Woody Harrelson starred in season one, which received widespread acclaim and fanfare, earning both of its leads Emmy and Golden Globe nominations and averaging 2.3 million weekly viewers (in Live+SD numbers), according to TV Line. Season 2 — starring Colin Farrell, Rachel McAdams, Taylor Kitsch, Kelly Reilly and Vince Vaughn — received far lower ratings, but averaged a slightly larger weekly audience.

In the trailer above, we see Hays attempt to uncover the unsettling story of missing children in southern Missouri, in an investigation that forces him to revisit his past while he continues to be haunted by his memories. The mystery of the missing children continues to deepen over the decades following their disappearance, as the story plays out in three separate time periods. 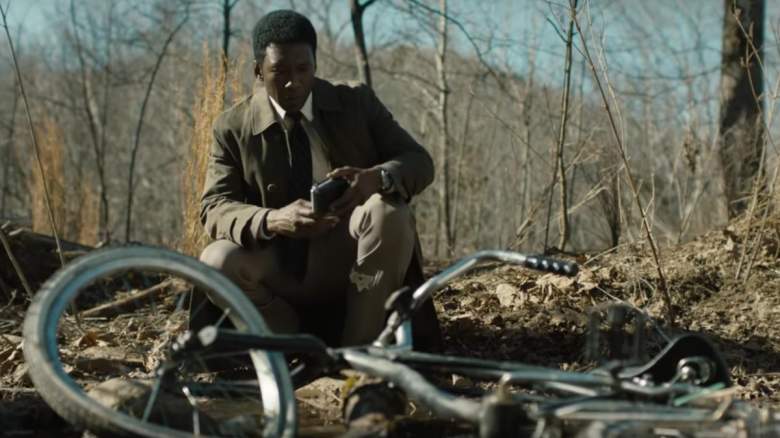 In an interview with Variety, Ali mentioned that the part of Wayne Hays was originally written as a white character. Ali said:

“The lead was white, and the other cop was black. And once you see the show, you’ll see that is different from the other seasons, in that the lead character, he’s at the point of the arrowhead. I read the scripts. I was blown away. I got to read the first four, and I could have played that second lead, the supporting character….And so I came back to (Nic) and I was like, ‘I want to play that part.’ And he thought about it a couple of days, got back to me, and he was like, ‘Yo, let’s do this. I’m down.’”

“Alien: Covenant”‘s Carmen Ejogo has also joined the cast as schoolteacher Amelia Reardon, who helps Hays investigate the disappearance of the two children. Scoot McNairy, known for his role in “Halt and Catch Fire,” also joins the cast as a father named Tom, who suffers a terrible loss that will “connect him to the decades-long investigations of two state-police detectives,” according to Deadline. Mamie Gummer will play the role of Lucy Purcell, a young mother of two who is at the very heart of the tragedy, and Brandon Flynn of 13 Reasons Why will play the reoccurring role of a character named Ryan Peters.