Instagram Jihoon's parents and family are still having a hard time accepting Deavan on TLC's hit reality series "90 Day Fiancé." Here's what we know about his family.

Jihoon Lee, star of the hit reality series 90 Day Fiancé: The Other Way, has had issues convincing his family that his fiancé and the mother of his child, Deavan Clegg, is wife material. In order to marry, Jihoon’s parents must approve of the intended union or else the couple can’t tie the knot.

Jihoon has admitted in the past that his parents are very traditional and that they aren’t comfortable with him having pre-marital sex or a child out of wedlock. In Korean culture, without his parents blessing, Jihoon won’t be able to marry Deavan.

Here’s what we know about Jihoon’s family:

1. Jihoon’s Parents Were Embarrassed About His Relationship With Deavan & Her Pregnancy

Because Jihoon got Deavan pregnant out of wedlock the first night that the couple was together, his parents were embarrassed about their relationship and didn’t think she was a good fit for their son.

“In Korean culture, it is super important for the parents to give their blessing,” Deavan explained during an earlier episode of the show. “If I’m not up to Jihoon’s parents’ standards and they think I’m not good enough for their son, we can’t get married.”

Jihoon also admitted that his parent’s first impression of Deavan was “not good,” and that they weren’t impressed with her tattoos, which have a controversial place in South Korean culture. They also couldn’t believe that she got pregnant so quickly. 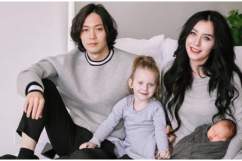 2. His Mother Was Surprised That Deavan Already Had a Daughter & Said it’s ‘Frowned Upon’ in Korean Culture

Jihoon’s parents’ first impression of Deavan wasn’t the greatest after she met them at the airport while having a sobbing, mental breakdown. In the clip above, both of his parents are confused and question why she is crying and Jihoon replies “I don’t know.” Even Deavan admits that their first impression was a “disaster.”

“This is our first time visiting America,” Jihoon’s father says in the clip. “We are here because of our son. We are here to meet Deavan and her daughter, Drascilla.”

His mother adds “I was shocked that Deavan had a daughter when they first told me. It’s something that’s frowned upon in Korean culture and I’m not happy.

3. Jihoon Occasionally Shares Videos of His Mother on YouTube

Jihoon used to share pictures of his parents and family on Instagram, usually with joking captions about his father being “naked” because it is too hot outside or because he used the phrase “hamily.” He also shared several photos of his adorable little pup Bbakki on his profile, including photos of Bbakki’s haircuts, the pup nuzzled up inside a messenger bag, and more.

However, the reality star recently wiped his entire page clean, and now his page only features three photos – one selfie, a picture of Jihoon wearing a face mask, and a quote that states, “If love is deep, longing becomes pain.” It’s unclear at this time why Jihoon suddenly stopped being so active on social media, or why he deleted most of his pictures.

He and Deavan occasionally upload videos on their YouTube account, some of which feature his mom and dad. In the clip above, Jihoon can be seen sharing chicken feet with his mom, while others feature clips of his son Taeyang, his step-daughter Drascilla, as well as his wife and dog. 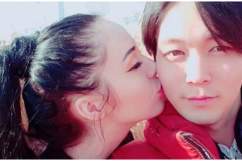 4. He & Deavan Welcomed Their Son Taeyang to the World

Jihoon and Deavan welcomed their son Taeyang to the world in 2019, although they didn’t share any photos of him until later in the year after Deavan’s birth episode finally aired on TLC.

Deavan shared two photos of their sweet, newborn son on her Instagram page, writing “Our beautiful Taeyang Scuti Lee I am so blessed to have you in my life. Mommy loves you so much. I’m so happy I can finally show you to the world our amazing miracle you are so loved by mommy, daddy, and sissy.”

Jihoon was nervous to meet Taeyang, but he told Us Weekly that he is learning how to be a father, and that he couldn’t be more excited. “I’m very happy,” the 29-year-old shared. “I have no skills because I am a first-time father, but I will learn.” He added, “I hope to become the best father I can be. I’m nervous but I know I will be the best father.”

5. The Couple Kept Details About Taeyang From the Public Until His Birth Episode Aired

My little dude is ready to party and celebrate 🎉 Happy Fourth of July everyone! #90dayfiancetheotherway #90dayfiance #baby #koreanbaby #mixedbaby #fourthofjuly

Deavan and Jihoon chose to keep the details about their son a secret until his birth episode aired later in the year. The couple had posted a few maternity pictures on social media when the show premiered in June, but they didn’t upload any picture of Taeyang, give any details about his birth, or even share his name until his episode premiered.

Although the two were keeping relatively quiet about their son, Deavan did confirm that she gave birth to a baby boy, according to TV Shows Ace, and Starcasm correctly reported that their son’s name was Taeyang.

READ NEXT: Do Jihoon and Deavan Break Up on 90 Day Fiancé?