Scheana Shay made a major move days before she’s due to give birth to her first baby.  The Vanderpump Rules star, 35, shared videos to her Instagram story as she and her boyfriend Brock Davies began a move from San Diego back to Los Angeles.

In a video shared to her social media story, Scheana was seen in a packed U-Haul while sitting in L.A. traffic.

“Guess what it was finally move-in day,” she said. “Well, half move-in day. We got the U-Haul up to L.A, a bunch of our stuff. We’re getting the rest of it furnished and the nursery furniture all later this week. We did it! Moved to Hollywood.”

Scheana previously confirmed her plans to move via her YouTube vlog last week.

The “Good as Gold” singer is due to give birth to her daughter on April 24. Following a visit to her doctor last week, she said she expects her baby won’t come early and could even be a few days late. The baby update likely made her more comfortable about the move so close to her due date. 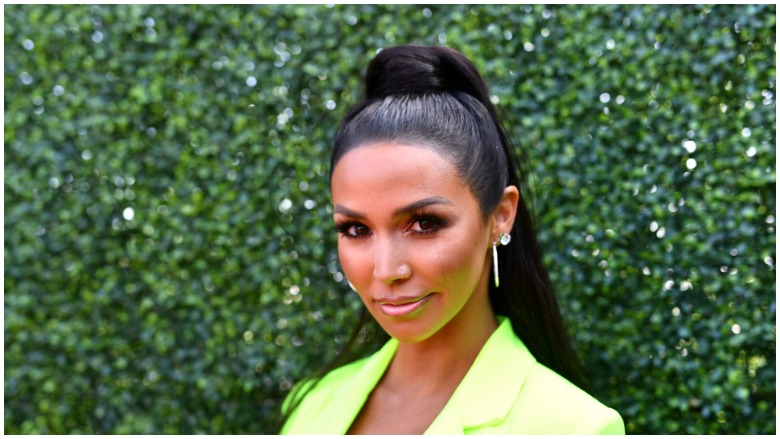 On her MiniScheana Instagram story, the mom-to-be shared a short video of boxes and bins of packed items in her baby’s nursery. A pink rocking chair, a rocking horse, and a giant teddy bear could also be seen in the room. Scheana revealed that she is still waiting for the delivery of the rest of the nursery furniture. “It’s going to be so cute,” she said.

In the comments section to her most recent YouTube video, fans asked Scheana if she will posting a vlog of her L.A. apartment and her daughter’s nursery.

“We need an update on the place u guys chose in LA. unpacking ur house would be great video especially baby girls room,” one wrote.

“Yep! Hoping for that next week!!” Scheana replied.

Scheana Previously Revealed That Her Move Out of L.A. Did Not Mean She Was Quitting ‘Vanderpump Rules’

Scheana has lived in several places over the past few years. Fans know that while many of her co-stars moved into new homes in Valley Village, the longtime SURver lived in Marina del Ray during the most recent season of the Bravo reality show, then headed to Palm Springs for several months before moving to San Diego with her man.

It was just last summer that Scheana told fans she and Brock has been approved for their “dream” house in San Diego after quarantining together at her Palm Springs vacation house during the COVID-19 pandemic.

“We got approved for our dream condo in SD!!!! Moving in 3 weeks! Ahhhhhhh!!!!” she tweeted in July.

But she said all along that her moves would be temporary amid the Vanderpump Rules hiatus and the closure of SUR,  the West Hollywood restaurant where the Bravo reality show is filmed.

“This is going to be semi-temporary,” Scheana told fans when she left Marina del Ray, per Bravo. “Once work picks up back in L.A., I will keep a place in L.A. But for now, all of the money I’ve been spending on rent in Marina when I’ve been in Palm Springs for four months is just ridiculous. This seems like the smart move.”

She later made it clear that she was not quitting Vanderpump Rules just because she was moving out to San Diego with Brock.

“Y’all just bc I’m moving now, does NOT mean I’m quitting the show. I love my job!!” Scheana tweeted last summer. “We aren’t filming right now. SUR/LA is closed. I’m wasting so much $ on rent. … It just makes sense. Once work opens/picks back up, I will too have an apt in LA!”

Scheana’s move back to Los Angeles could be a sign that Vanderpump Rules will start filming again soon.

Loading more stories
wpDiscuz
0
0
Would love your thoughts, please comment.x
()
x
| Reply
The 'Vanderpump Rules' star is due with her baby this month.