Trina and reality star Khloe Kardashian were once good friends, but now they are far from friendly.  After Kardashian dated two of Trina’s former flames, that put the nail in the coffin on the friendship. Trina previously dated NBA star James Harden and rapper French Montana, and so did Khloe Kardashian.

In a 2014 interview with Power 105.1’s “The Breakfast Club,” Trina said she and French Montana weren’t in a committed relationship, but he had keys to her home and was a major support to him while he was going through a divorce.

We really was not in a relationship, let’s be clear about that. I never told him ‘I was your girl. And there are a lot of reasons. I guess now you can see why because you just got a lot of growing up to do. He had a situation; he was going through a divorce.

That was one of the reasons why I never really got into a relationship with him. I wanted that to be clear. But I was there with you every single day and every step of the way while you was dealing and going through that. I was the one who told you to step up to the plate like a man and make the right choice.

The friend that when you came to Miami you never slept in a hotel because you stayed at my house every single time. The friend that I have the keys to your house still right now today, that kind of friend.

“I found out like the rest of the world,” she said. “It was all over the internet, it was all over my Twitter, my Instagram. It’s a little surprising when you’re living with somebody and they’re running around with somebody else. Out of respect, you don’t handle situations like that.” 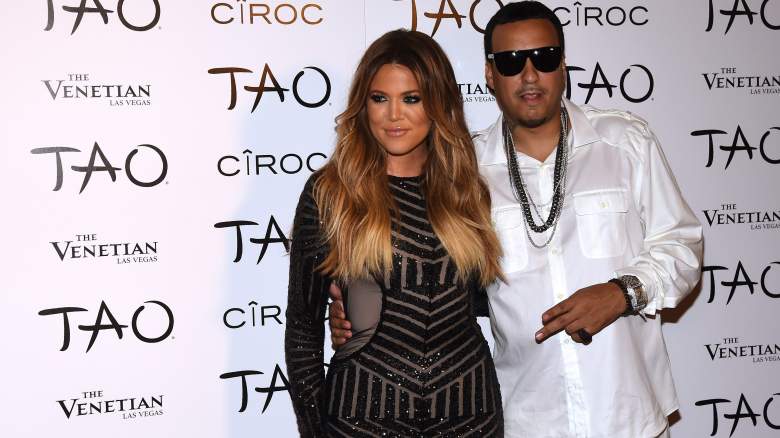 After James Harden and Khloe Kardashian were seen together at Drai’s Nightclub in Las Vegas, Nevada in 2015, Trina took to Twitter to address what she saw.

“Sloppy seconds….” she tweeted along with a nauseous emoji.

“Trina thinks it is funny that Khloe was hanging out with James Harden, another of her exes,” a source told Us Weekly. “Remember French Montana was also with Trina before Khloe. Khloe and James are not officially dating though and are just friends hooking up.”

According to E! Online, Harden and Kardashian dated for eight months before calling it quits in February 2016. Harden told Sports Illustrated that he wasn’t comfortable with all the attention he received while dating her.

I feel like it was for no reason. I wasn’t getting anything out of it except my name out there and my face out there, and I don’t need that. It wasn’t uncomfortable, but it wasn’t me. I don’t need pictures of myself when I’m driving my car. Who cares? What shoes am I wearing? Who cares? Where am I eating? Who cares? It was unnecessary stuff that I think trickled down to my teammates. I had to eliminate that.

Before her relationship with Harden, Kardashian first dated Trina’s ex French Montana in 2014. They dated on-and off throughout that year and a source explained to E! Online that Kardashian felt Montana was “needy and obsessive” and that their romance fizzled out.

“She’s just decided to move on,” the source said. “Khloé thinks he’s a great guy, but it just wasn’t working out.”

Are Any of These Former Lovers Friends?

During an interview on Hot 96.3, the Miami rapper clarified that she and French Montana weren’t friends at the time.

“We’re not friends,” she said. “Out of respect, I don’t have anything against him, but I don’t think we need to be friends.”

In 2017, Trina said that they have reconciled and that the Bronx, NY native apologized. She said that after not speaking for quite some time, he asked her to perform when the Bad Boy Reunion Tour came to Miami.

“We didn’t speak before that,” Trina said. “They came to Miami for the concert. I had saw him previously two days ago or something at the studio, just like in passing. I think he was recording with somebody. He asked would I do the concert. I was like, ‘Oh God. OK.'”

That led to him apologizing for dating her former friend.

“He was just like, ‘I’m sorry. You’re just a good person. We just had a real good conversation.”

Even though and he Trina weren’t always cordial, Montana said he and Kardashian will always be on good terms.

“Me and Khloe are always going to be friends, and the family still remains close,” he said during an interview with Haute Living in 2019.  “I feel like we had a real dope relationship. There was no bad blood, nobody did something to somebody that we couldn’t come back from. The love was real. When the love was like that, it’s always going to be like that. Friendship after a relationship is something that’s real hard to do, and I’m glad we’ve been able to do it.”