Financial whizz Aaron Zalewski is being accused of attempting murder his UFC Octagon Girl wife Brittany Palmer. The LA City Attorney is now deciding whether or not to bring full charges against him after police were called to the couple’s home following a brutal domestic violence incident.

TMZ reports that Palmer struggled to breath as Zalewski held her down on their mattress with his knee on her back. It all stemmed from an argument the couple were having after he heard a casting agent call Palmer “babe” over the phone. The argument turned physical when Zalewski realized that Palmer was recording the fight. On June 14, just days after the alleged incident, Palmer posted this meme to Twitter:

2. He Told Palmer ‘I Just Wanted You to Love Me,’ According to Cops

Zalewski delivering a seminar on financial investments. (Screengrab via YouTube)

This is all happened on June 11 with Zalewski posting a $1 million bail the following day. During the argument, TMZ says that he told Palmer “Why are you making me do this? I just wanted you to love me.” He then began to self-harm, reports TMZ. The couple lived together in along Viewmont Drive in West Hollywood. Their home is valued at $2.2 million.

3. Palmer Says She Was Won Over by His Australian Accent

The couple were married on May 10, 2014, in an oceanfront wedding in Pacific Palisades, California, according to Inside Weddings. In that article, Palmer says that when Zalewski approached her in a nighclub, she was won over by his self-confidence and his Australian accent. They met in 2010. On Inside Weddings, Palmer says that he proposed to her while they were on vacation in Melbourne, Australia. He’s been planning it for six months by designing “the mother of all engagement rings.”

Zalewski, a native of Australia, worked as an analyst in the investment banking industry before becoming a director at Compound Stock Earnings. He hosts a weekly financial radio show on NewsRadio 1080 called Unconventional Wisdom. It airs in New York City, Chicago and Los Angeles. According to iTunes, the show last aired on January 16, 2015.

5. One Financial Report Compared Him to Bernie Madoff

Both Investor Village and Rip Off Report have called Zalewski and his business partners “frauds” with Rip Off Report comparing the Aussie to Bernie Madoff. 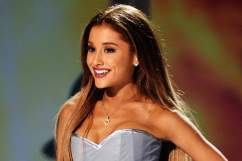