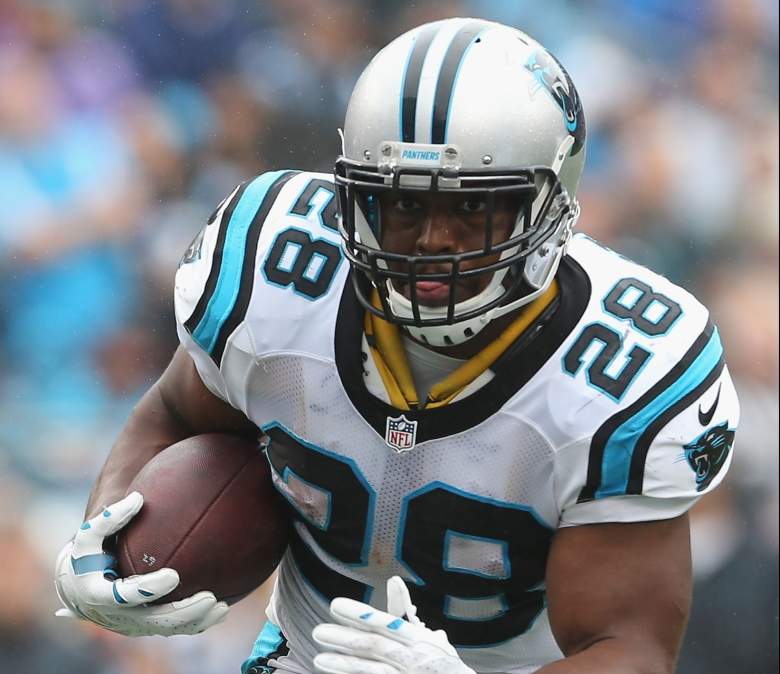 Jonathan Stewart and the Carolina Panthers remained undefeated in 2015. (Getty) 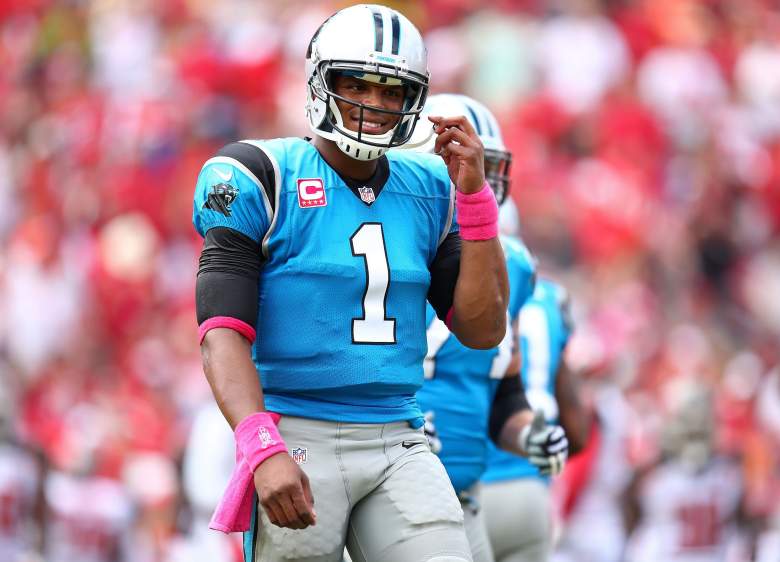 Cam Newton and the Panthers were efficient and balanced yet again. (Getty)

Cam Newton finished 11-for-22 for 124 yards and two touchdown strikes to Ted Ginn Jr. as the Carolina Panthers rode yet another balanced attack to a 37-23 win over the young Tampa Bay Buccaneers at Raymond James Stadium.

The Panthers defense, newly revamped with the addition of defensive end Jared Allen, held rookie Jameis Winston in check on the day for the most part.

Winston, who has ridden an up-and-down first season in the NFL already, was 26-of-43 for 287 yards and two touchdowns, but he also had four interceptions as his learning curve continues play out.

Doug Martin did rush for 106 yards on 20 carries and added a touchdown in the loss, as the Bucs fell to 1-3 on the season.

Jameis Winston threw a 10-yard touchdown pass to Charles Sims to cut the Panthers’ lead to 31-17 in Tampa Bay. The Bucs are not going away easily against the undefeated Panthers at Raymond James Stadium.

Cam Newton threw a 12-yard strike to Ted Ginn Jr. to put Carolina up 31-10 midway through the third period.

It was the duo’s second touchdown connection of the game.

Jonathan Stewart fumbled a ball into the air and into the hands of teammate Ed Dickson for a 57-yard touchdown early in the third quarter in Carolina.

Bucs Make it Interesting Going to the Break 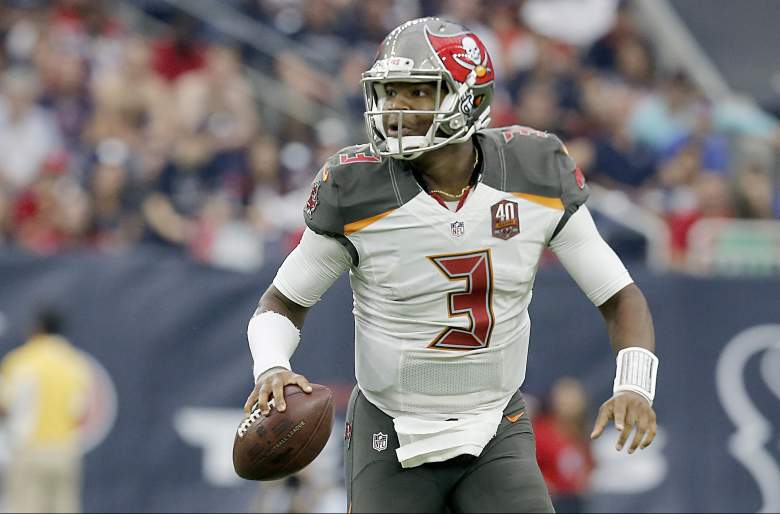 Jameis Winston kept the Bucs close in the first half. (Getty)

The Panthers jumped out to a 17-3 lead after some sloppy Tampa Bay play helped them propel out to the advantage. But then Tampa Bay came back to make it a game at the break.

The Bucs had an impressive drive late in the second quarter, led by Jameis Winston’s 6-for-6 passing, and capped off by a Doug Martin 5-yard touchdown run.

Tampa Bay running back Doug Martin scored from 5 yards out to cut the Bucs’ deficit to 17-10 at home against Carolina.

Ted Ginn Jr. caught a pass From Cam Newton for 7 yards, and the Panthers continued to cruise at home against the Texans.

Jameis Winston is off to a rough start in a showcase game against division rival Carolina.

Winston’s pass short right was interepted and returned for a touchdown by Panthers cornerback Josh Norman for 46 yards.

Graham Gano nailed a 24-yard field goal to give Carolina a 3-0 lead on the road, following a fumble by Tampa Bay’s Joe Hawley.

Jameis Winston and the Bucs have a chance to make a statement at home against the Panthers. (Getty)

Jameis Winston has an NFL win under his belt. His first home win, however, would be a truly meaningful statement, and would give the Buccaneers their first win at Raymond James Stadium since 2013.

It won’t come easily, as the red-hot 3-0 Panthers charge into Tampa Bay behind the versatile and Cam Newton leading the offense, and a defense that’s been good but could get even better with the addition defensive end Jared Allen. Another heavy-hitter, linebacker Luke Kuechly, will have to wait at least another game.

It will be compelling to see how both teams fare. For Winston and the Bucs, it’s their toughest test to date; and Carolina has the potential, if the personnel all meshes properly, to become a truly dominating team. 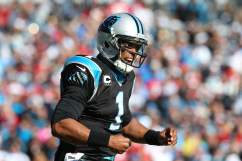