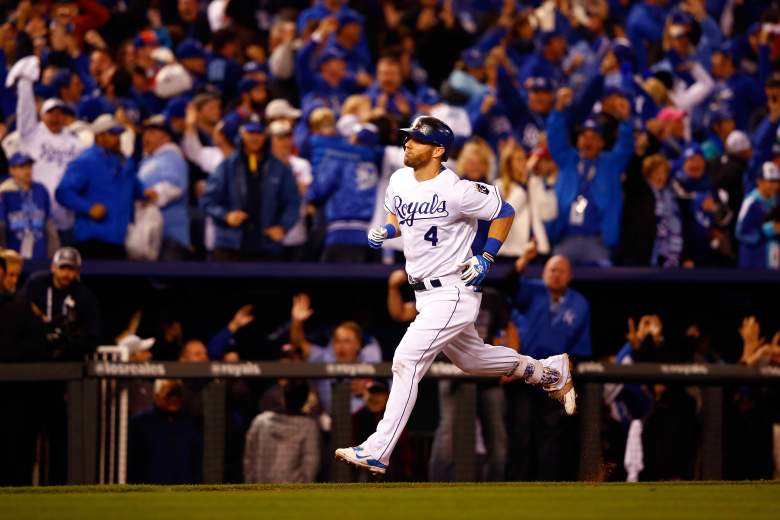 Alex Gordon takes a trip around the bases after his solo home run in the bottom of the ninth inning on Tuesday night. (Getty)

Everyone breathing? In your nose, out your mouth. This one isn’t over yet.

Alex Gordon belted a solo home run to deep center field in the bottom of the ninth to tie up Game 1 of the World Series between the Royals and New York Mets on Tuesday night and the entire area of Kansas City may have just lost their collective minds.

Check it out. It’s a good one:

It was the first time Jeurys Familia had given up a run for the Mets in the entire postseason. His last blown save came just over three months ago.