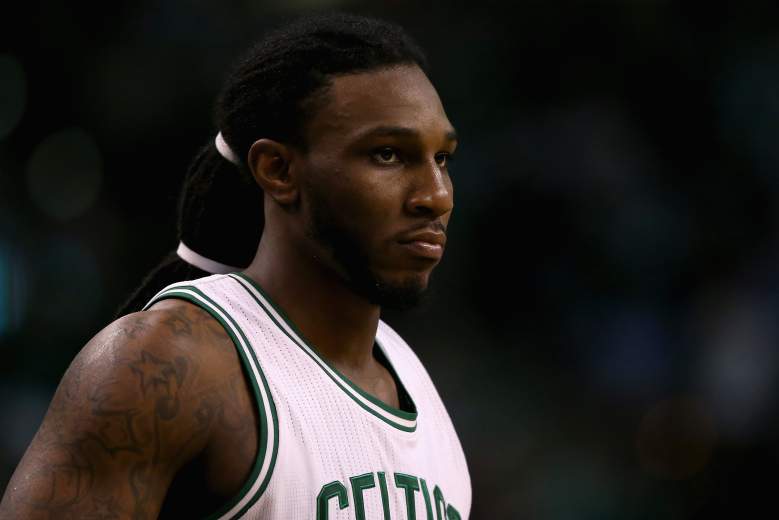 Jae Crowder set social media on fire on Wednesday night after his full-court pass went in the basket. (Getty)

You guys are going to want to watch this more than once.

The Boston Celtics’ Jae Crowder tossed an in-bound pass across the length of the court late in the first half on Wednesday night and … it went in the hoop. Check this out:

Unfortunately for Celtics fans, Crowder’s pass doesn’t actually count as a basket — he was standing out of bounds after all — but it was more than enough to liven up the crowd. In fact, the play was a Boston turnover. So, after all of that Crowder essentially handed the ball to the Pacers.

That doesn’t make it any less cool. Go ahead and watch it again, you know you want to.

Read More
Basketball, Boston Celtics, NBA
The Boston Celtics standout livened up the crowd as his pass sailed across the court and...straight into the hoop.