Many know Les Miles for his memorable press conferences and signature white LSU hat. Few people know it is the Miles family that keeps the coach going. At the center of the family is his wife, Kathy. Les found a fellow coach during his time at Michigan and couple began a beautiful relationship.

Kathy Miles has many accomplishments in her own right. Whether it be her college basketball career or charitable work, there is a lot to learn about the First Lady of LSU football.

Here is what you need to know about Kathy Miles:

1. The Couple Met at Michigan 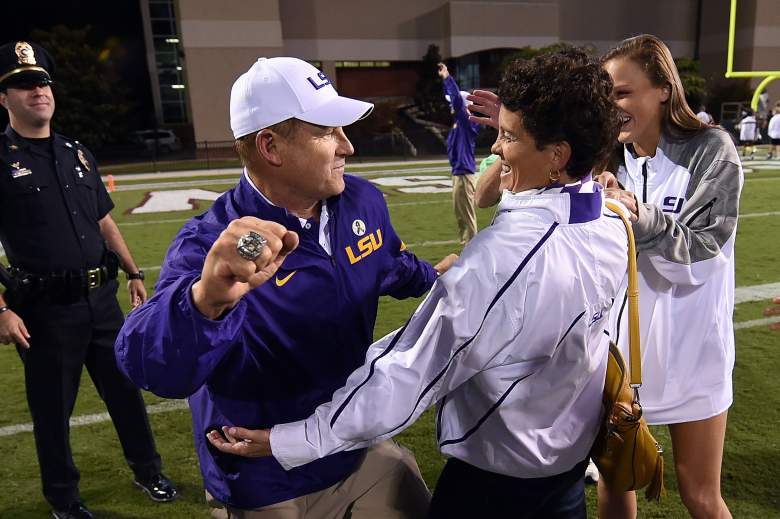 According to SEC Diva, Kathy was late to their first date and Les thought he had been stood up. Cam Cameron, who is the current offensive coordinator at LSU, worked with Les at the time and cleared up the confusion. The couple dated for about five years before getting married in 1993. 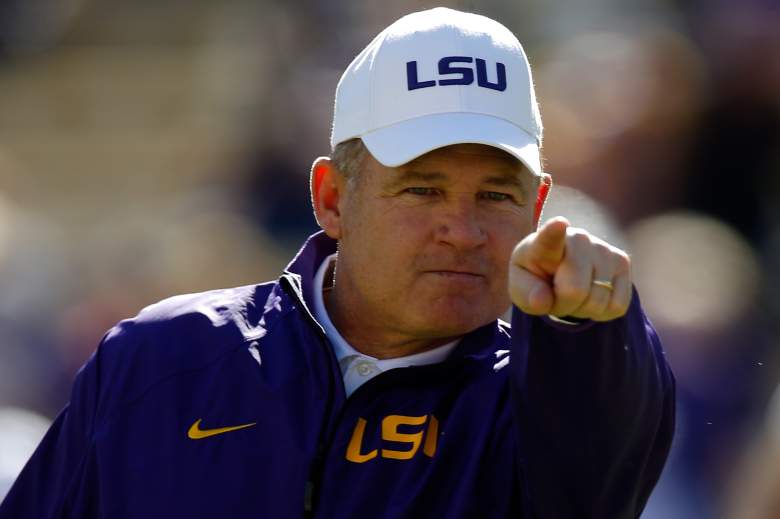 While Kathy attended Central Michigan she played point guard on the basketball team. She continues to rank high in free throw percentage and in assists.

Once she finished her playing career, she began working basketball camps at Michigan. Eventually it turned into a job on the Michigan basketball coaching staff. She initially met Les when the head coach told her to meet with him about recruiting tips. The two met and instantly had a connection. Kathy had aspirations of becoming a head basketball coach, but her aspirations took a backseat to Les’ career.

3. The Miles Have Four Children 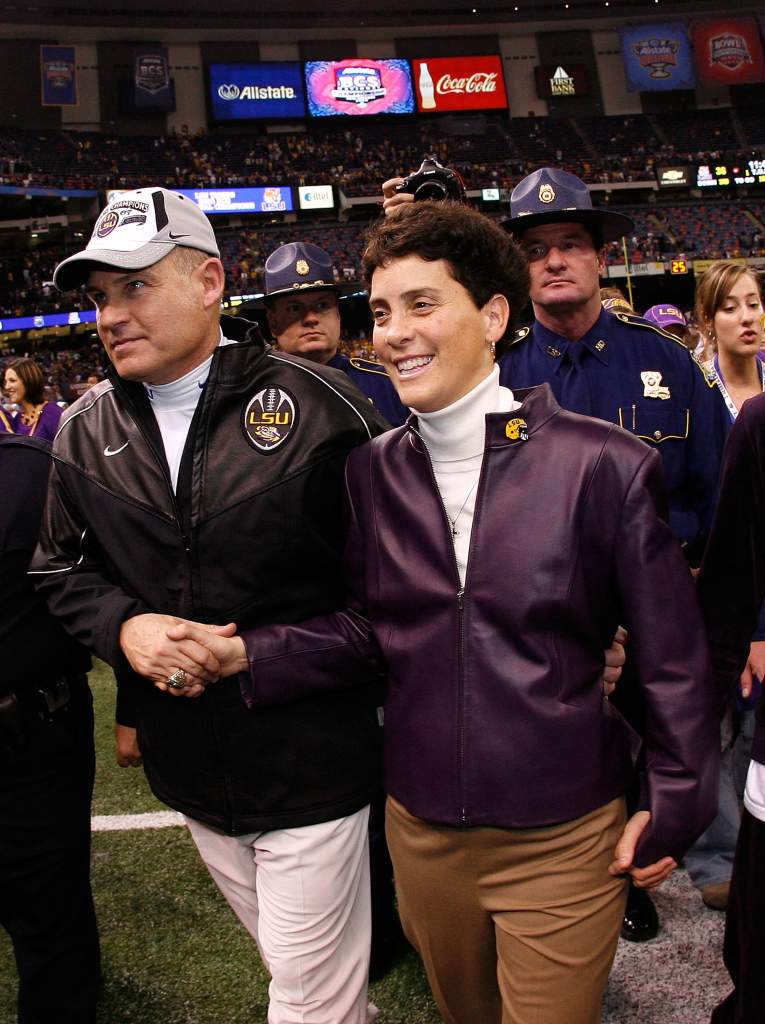 Sports is a big part of the Miles family. (Getty)

4. The Couple Is Heavily Involved in Charitable Work

Les and Kathy are heavily involved in charitable work. Each year they host a function in Baton Rouge to raise money for the Children’s Miracle Network. The couple is also active with other organizations including Mary Bird Perkins Cancer Center, the Special Olympics and the Baton Rouge Children’s Advocacy Center.

5. Kathy Handles All the Family Scheduling 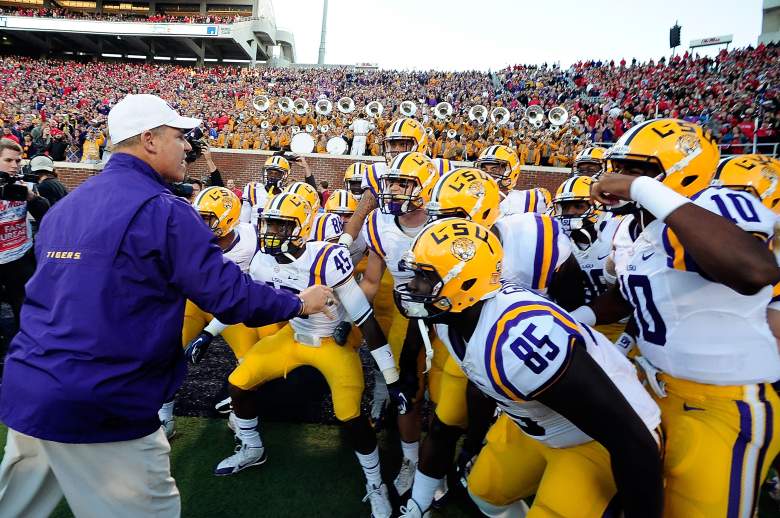 With Les busy as the head coach of LSU, Kathy helps keep the family running. She spoke to ESPN about the challenges of having a family when your husband is a college football head coach:

It’s natural to at times wish he was around more, but they definitely understand his job. Someday, like most kids, as they become adults and have jobs, I think they’ll really look back and have great admiration at how he handled such a stressful job and still tried to keep his hand in the parenting.”