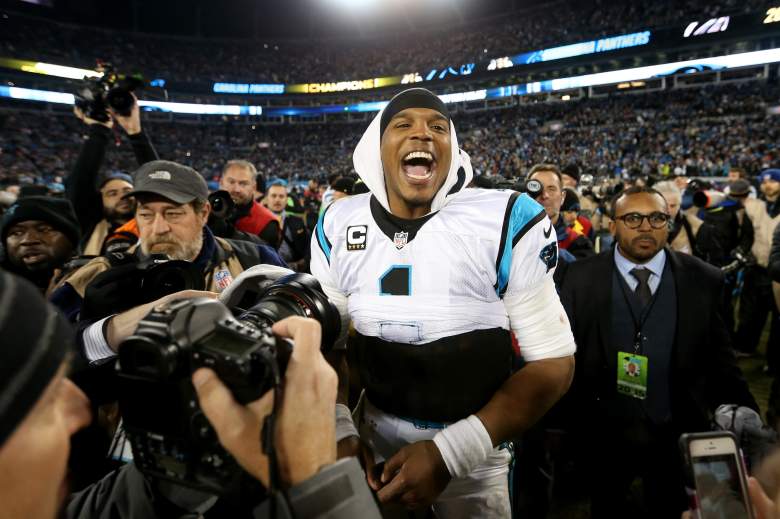 Cam Newton and the Panthers are favored to beat the Broncos in Super Bowl 50. (Getty)

The Carolina Panthers and Denver Broncos will square off in Super Bowl 50. Heavy is taking an early look at what the Super Bowl matchup will look like

According to RJ Bell, Vegas posted an early line during the first quarter of the Panthers and Cardinals game. Vegas had the Panthers as 3.5 point favorites in the matchup.

After fluctuating throughout the NFC championship, Westgate’s Jeff Sherman confirmed the Panthers were opening as four point favorites.

According to OddsShark, that line jumped again as the Panthers are now favored by 4.5 points.

Both teams have enjoyed their success due to great defenses. The Broncos demonstrated a great pass rush against New England. Tom Brady was rushed, hit and sacked throughout the game. Denver forced four sacks and three interceptions.

Carolina’s secondary is led by Josh Norman while the Broncos have Aqib Talib. Talib is joined by Chris Harris to provide nightmares to opposing wide receivers.

The weakest unit in this matchup is the Broncos offense. Denver has continued to win despite their offense. While the offense looked much better against New England they will face a different caliber defense against Carolina.

Denver’s defense had great success against Brady, but Cam Newton has an elusiveness that Brady does not have. Newton has the ability to run with the ball when the defense poses a threat in the pocket.

If the matchup holds up, expect a defensive battle between the Broncos and Panthers. Carolina’s offense will be the deciding factor as the Panthers win their first ever Super Bowl.

Read More
Football, NFL, Super Bowl 2016
We preview the Super Bowl 50 matchup between the Broncos-Panthers and offer our pick against the spread.