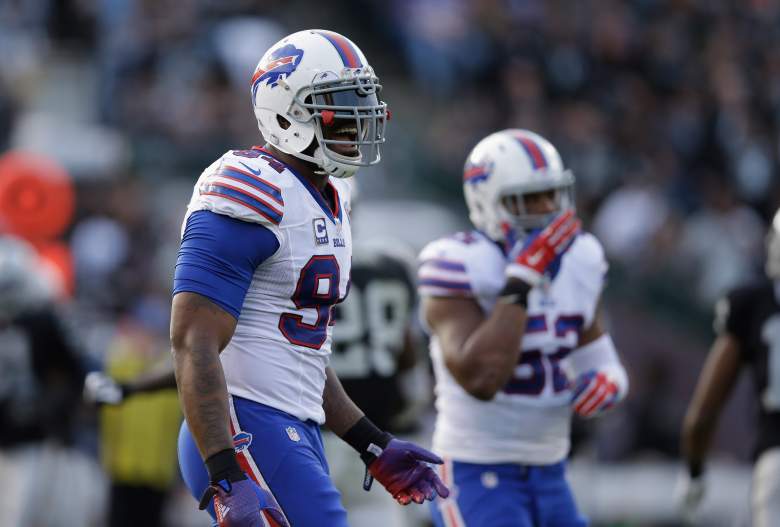 Teams and NFL free agents began meeting on Monday. However, deals cannot officially be signed until 4 p.m. Eastern this afternoon. Keep it here for live updates on all the latest free agent deals.

Several deals have already been agreed to, but are likely to be announced today. Defensive end Mario Williams reportedly will sign with the Dolphins. Former Broncos defensive tackle Malik Jackson has agreed to a deal with the Jaguars.

We will be updating this with all the deals as soon as teams can begin signing players.

Here’s a look at our rankings of the top ten NFL free agents. Keep it here throughout the day for all the latest in NFL free agency.

Here’s a look at the latest signings.

Olivier Vernon Signed a Record Contract with the Giants

The former Dolphins pass rusher Olivier Vernon is headed to New York. Vernon signed a record deal with the Giants.

Matt Forte Is a Jet

Running back Chris Ivory departed for Jacksonville and the Jets picked up Matt Forte. Forte will strengthen their backfield and also provides an additional threat in their passing game.

It has been a busy day for the Texans. They picked up Osweiler from the Super Bowl champions and added Lamar Miller to take over their backfield. It was assumed that Osweiler would stay in Denver after Manning retired but those assumptions were wrong.

Jenkins' agents (@SchwartzFeinsod) negotiated a deal that has $29M fully guaranteed at signing. Will pay him $40M over the first three.

The Giants are strengthening their secondary with the addition of Janoris Jenkins. According to NFL Network’s Rand Getlin, Jenkins will be the second highest paid cornerback in the league behind Darrelle Revis.

Irvin will leave the Seahawks and join former coach Ken Norton, Jr. with the Raiders. Irvin has been a key part of Seattle’s defense and gives the Raiders a lot of speed off the edge.

Read More
Football, NFL
We have all the latest news on NFL free agency 2016.